Research on connections between skin diseases and metabolic pathology

Erwin Pulay was born into the family of the merchant Ignaz Pulay and his wife Lina, née Zeissl, in Vienna.

Pulay attended the kaiserlich-königliche Staatsrealschule (royal imperial secondary school) in his home town and began studying medicine at the Vienna Medical Faculty in the winter semester of 1910/11, graduating with the state examination in March 1917. He received his doctorate in August 1917. Pulay had been working at the Imperial and Royal Serotherapeutic Institute in Vienna with the pathologist and biochemist Ernst Pribram in 1916 during his studies. Erwin Pulay married Ida Königsberger in Vienna in July 1917.

After graduating, Pulay specialised in dermatology. He was particularly dedicated to the study of allergies. He published extensively on a wide range of issues in dermatology, including metabolic pathology in skin diseases and constitutional factors in the pathogenesis of dermatoses.

Erwin Pulay was able to flee to London in the summer of 1938 with the support of the British intelligence officer Thomas J. Kendrick. Kendrick was a “passport officer” in Vienna, who tried to help endangered Jews to escape following the invasion by the German Wehrmacht. He provided Pulay with documents and an entry visa for England. A previous attempt to leave Austria illegally via the Swiss border had failed. Erwin and Ida Pulay had already sent their two children ahead to England to stay with sponsors on the ground prior to March 1938. Ida Pulay followed their two children and her husband to England later in 1938.

Erwin Pulay was freed from internment as an enemy alien in England in November 1939. Pulay continued his publishing work in England. He published Allergic Man, Susceptibility and Hypersensitivity in 1945, which attracted new attention because of its considerations in the context of constitutional theory.

Alice Ehlers (1887-1981), the well-known harpsichordist and harpsichord teacher was Erwin Pulay’s sister. She did not return to Europe after a stay in the USA in 1938 and lived in California from then on. The British actor Charles Lloyd-Pack was Pulay’s son-in-law, whose son, Roger Lloyd-Pack (1944 – 2014), also a well-known actor, was Erwin Pulay’s grandson.
Erwin Pulay died in Islington, a district of north-east London in 1950 at the age of 60.

We are very grateful to Jessica Pulay, England, Erwin Pulay’s granddaughter, for her important input on Erwin Pulay’s biography and publishing activities. We would also like to thank her for kindly providing us with Erwin Pulay’s portrait photographs. 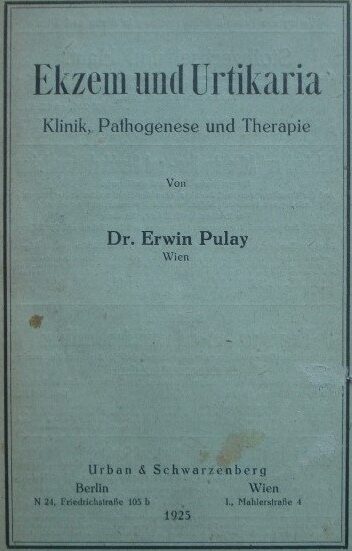 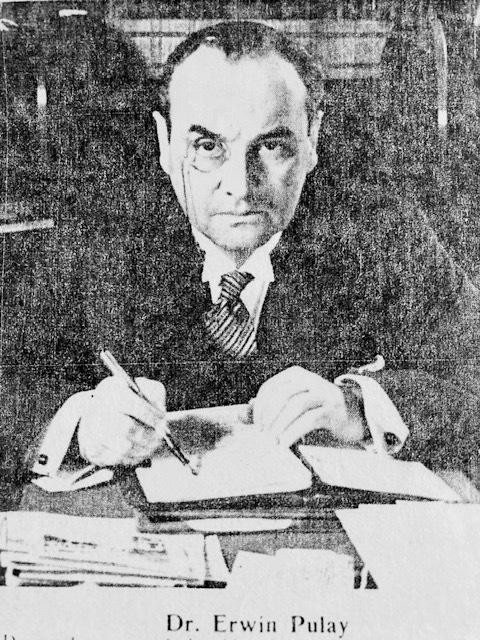 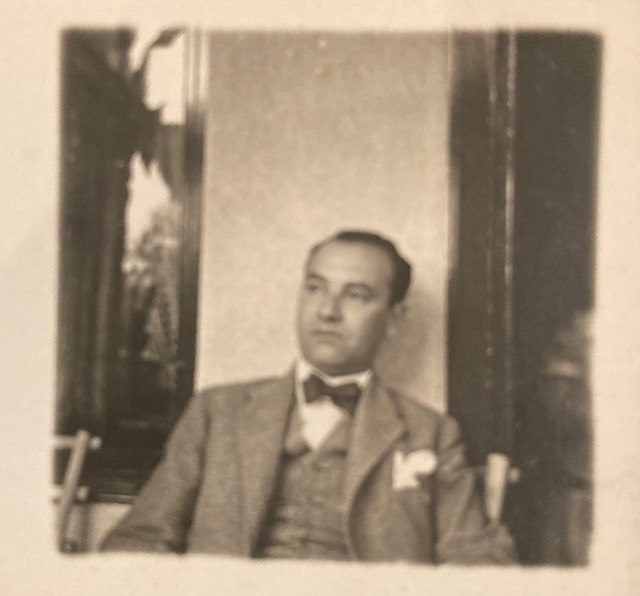