“The undersigned was born on 5 June 1870 in Berlin as the son of the Royal Medical Councillor Dr. Julius Blumenthal and his wife Zerline, née Lesser. I joined the French Grammar School on Easter 1879, which I left on Michaelmas 1887 with eligibility for the civil service. I attended the Friedrich Werdersche Gymnasium from January 1888 to Easter 1891 and went on to study medicine in Freiburg, after having obtained my school-leaving certificate”, Ferdinand Blumenthal states in his curriculum vitae dated 2 February 1896, with which he applied for a voluntary position at the Berlin Charité.

Blumenthal studied medicine in Freiburg, Strasbourg, Zurich, and Berlin. He returned from Berlin to Freiburg for the summer semester 1895 and was awarded his doctorate at the University of Freiburg in July 1895 with the thesis “Über den Einfluss des Alkali auf den Stoffwechsel der Mikroben”, which he had worked on under Ernst Salkowski at the chemical laboratory of the Institute of Pathology at the Charité in Berlin. The Freiburg Medical Faculty had recognised the recently published thesis as doctoral thesis. He passed the state examination in Freiburg in the winter semester of 1895/96. Blumenthal had already been interested in physiological chemistry from an early stage and was concerned with chemical methods of analysis. His cooperation with Ernst Salkowski lasted for three decades, until his death in 1923.

Blumenthal took up his training in internal medicine at the I. Medical University Clinic of the Charité in Berlin under Ernst von Leyden in February 1896. During his training he focused on questions of sugar metabolism, immune phenomena after infectious diseases, and problems of serum therapy. He habilitated as a professor of internal medicine at the Friedrich-Wilhelms University in Berlin in 1899. He was conferred a “Titularprofessor” (senior lecturer) position in 1905. Blumenthal was appointed to a newly established professorship for cancer research (extraordinariate) at the University of Berlin on 1 April 1929.

Ernst von Leyden involved Blumenthal in the planning of the new cancer research division from an early stage. The new division opened at the Charité in 1903 and was renamed University Institute for cancer research at the Charité in 1907. This research and treatment centre for cancer diseases was the first of its kind in Germany and became the focus of Blumenthal’s further activities. Initially, the institute consisted of two barracks with 20 beds for the care of patients and a laboratory barrack. Blumenthal specialised in the field of cancer medicine and quickly became known nationally and internationally for his extensive activities. Scientifically, he devoted himself to studies on the development and metabolism of tumours as well as their treatment.

Blumenthal left the first medical clinic of the Charité, when Ernst von Leyden retired in 1907. Blumenthal dedicated himself to the welfare office for cancer patients at the Charité, was head physician for internal medicine at the hospital of the Israelite synagogue community Adass Yisroel in Berlin’s Elsässer Strasse, continued his scientific work on the chemical processes in tumour cells, and headed the department of internal medicine at the municipal hospital Berlin-Lichtenberg from 1914 to 1916.

When the University Institute for Cancer Research fell into turmoil during the First World War, Blumenthal ensured the continuation of the institute with great personal commitment from 1915 onwards. He initially headed the institute together with the pathologist Johannes Orth, and was its sole director from 1922. He modernised the institute’s structure, establishing individual departments headed by early experts in their respective fields: Halberstaedter, Albert Simons and Jakob Tugendreich were in charge of the radium and X-ray department, Hans Hirschfeld was in charge of the Department of Haematology and Histology, Ernst M. Fränkel was in charge of the Section for Virus Research, and Otto Rosenthal and Arthur Lasnitzki worked at the Chemical Laboratory. There was close cooperation with Rhoda Erdmann’s Department for Cell and Tissue Breeding. The young Esther Eugenie Klee-Rawidowicz took over a separate department for experimental cancer research at the institute headed by Blumenthal in 1929.

Blumenthal was an early advocate of the concept of tumour centres (“centres anticancéreux”) with interdisciplinary decision-making and treatment as well as multimodal tumour therapy. In addition, he was deeply committed to follow-up cancer care with specially qualified caregivers. They carried out home visits and incorporated the social and domestic circumstances of the patients into their care.

Blumenthal had been secretary general of the “Deutsches Zentralkomitee zur Erforschung und Bekämpfung der Krebskrankheit” (German Central Committee for Research into and Fight against Cancer) since 1919. He worked tirelessly for the broad education about cancer with the explicit goal of early cancer detection.

On his 60th birthday in 1930, his students and friends honoured Blumenthal’s scientific and organisational work in the fight against cancer with a commemorative volume of the ‘Zeitschrift für Krebsforschung’ (1930; 32). Blumenthal co-edited this prestigious journal together with Friedrich Kraus until 1933.

Under pressure from the Nazi authorities, and after 37 years at the Charité, Blumenthal wrote to the Minister for Science, Art and National Education on 22 April 1933: “In view of the present circumstances, I humbly request that I be relieved of my position as director of the Institute of Cancer Research at the Charité”. He was forced into retirement on 24 September 1933 (section 3 of the Law for the Restoration of the Professional Civil Service, “non-Aryan descent”) and his teaching licence was revoked.

Blumenthal and his wife Elli, née Aron, left Germany in the early summer of 1933. After initially staying in Switzerland, Blumenthal accepted the position of guest professor at the University of Belgrade in November 1933, which he held for three years until December 1936. Blumenthal’s main work “Ergebnisse der experimentellen Krebsforschung und Krebstherapie”, representing the sum of his work, was published outside of Germany in 1934 by A. W. Sijthoff publishers in Leiden, Holland.

Blumenthal left Belgrade in February 1937 and subsequently mainly lived in Vienna. His efforts to find a job in Vienna were unsuccessful. He gave guest lectures in Romania and briefly stayed in Paris. Plans to take up a professorship in Greece fell through. After the German Wehrmacht invaded Austria in March 1938, Blumenthal was arrested for three months. Through the intervention of friends, among them Ernst Moritz Fränkel from England, he was released. After his release, Blumenthal travelled to Yugoslavia again. His attempts to obtain an entry permit for Great Britain failed. The Albanian government invited him to give lectures in Tirana in January 1939. During this time, he helped Jewish refugees who had found refuge in Albania.

Escape to Estonia in March 1939

When the political tensions between Albania and Italy increased, Blumenthal managed to flee to Estonia with his wife and their two daughters Zerline and Hildegard. They reached Tallinn on 22 March 1939. He received permission to work as a doctor in Estonia. The further circumstances of Blumenthal and his family at that time are unknown. The youngest daughter, Herma, was able to flee via Trieste to the USA in July 1938, where Ferdinand Blumenthal’s brother, the dermatologist Franz Blumenthal, had been living in Ann Arbor, Michigan, since 1934.

Ferdinand Blumenthal died at the age of 71 during a German Luftwaffe attack on the evacuation train from Tallinn near the railway station of Toila, in north-eastern Estonia about 45 km west of the border town of Narwa, on 5 July 1941. His wife Elli and his two daughters Zerline and Hildegard have been missing ever since.

One of Blumenthal’s sisters, Katharina Buss-Blumenthal, was murdered at Ausschwitz in August 1942 at the age of 70. A brother, the Berlin lawyer Hans Blumenthal, died at the Theresienstadt ghetto after deportation in November 1942. 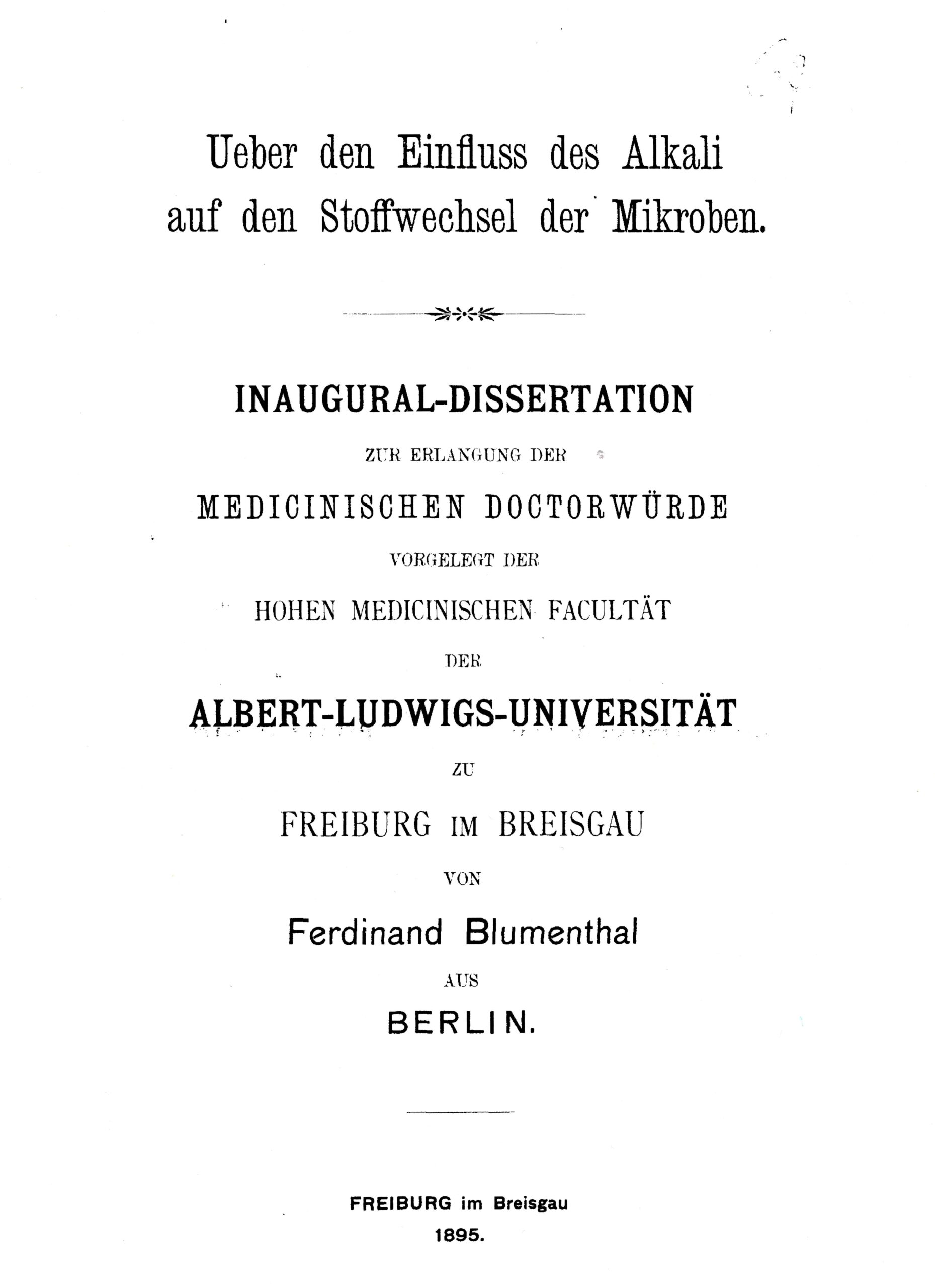 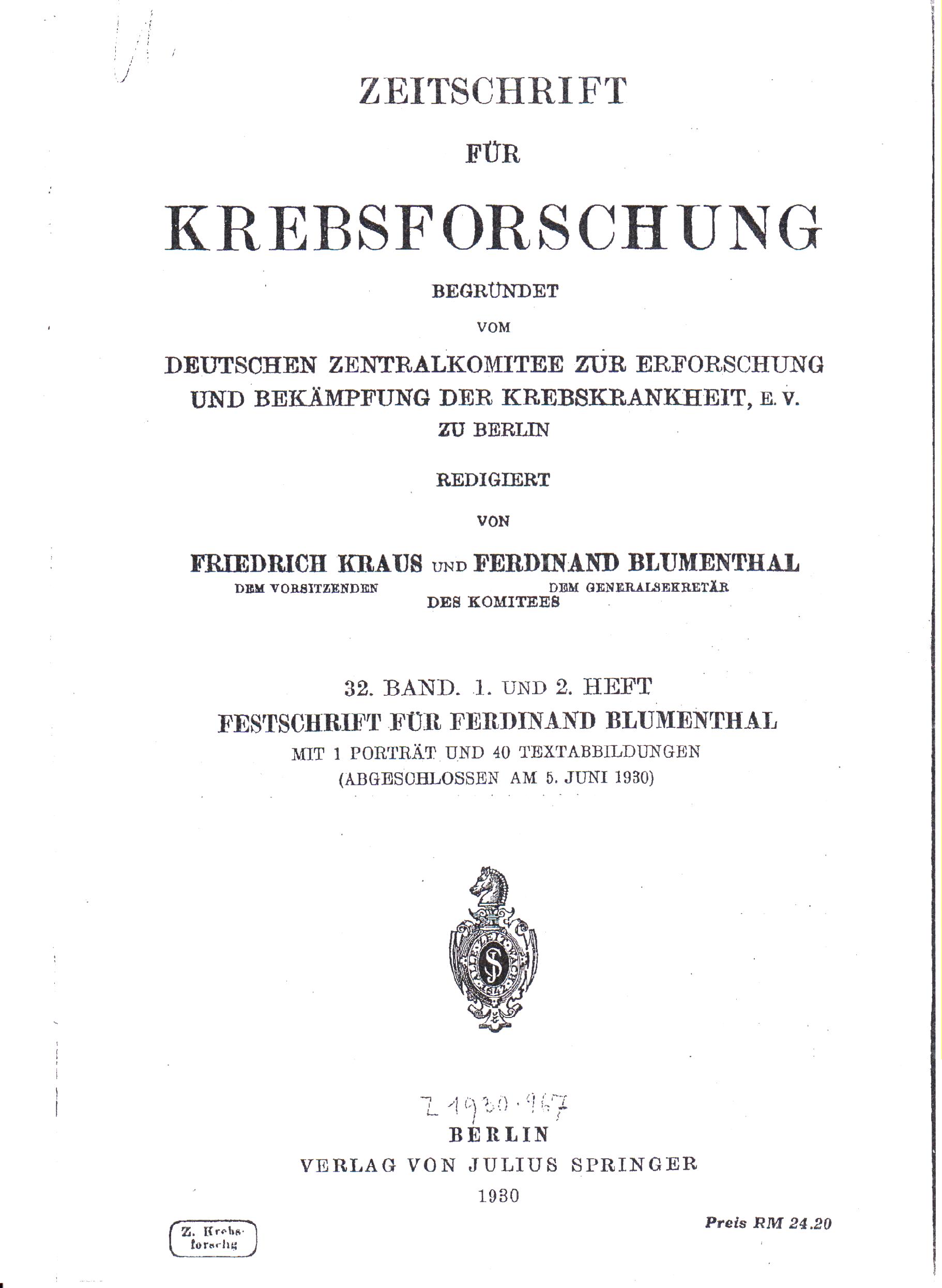 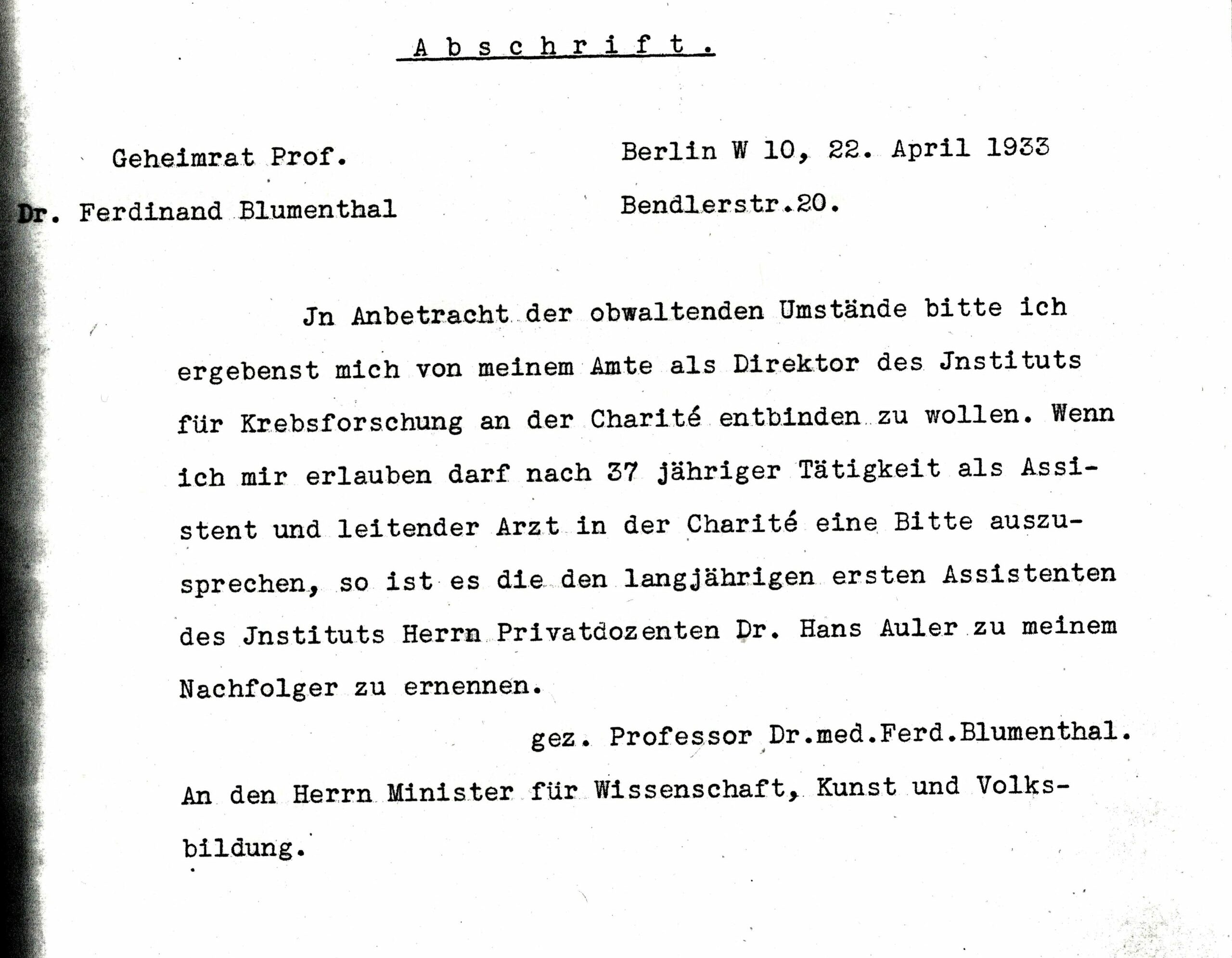 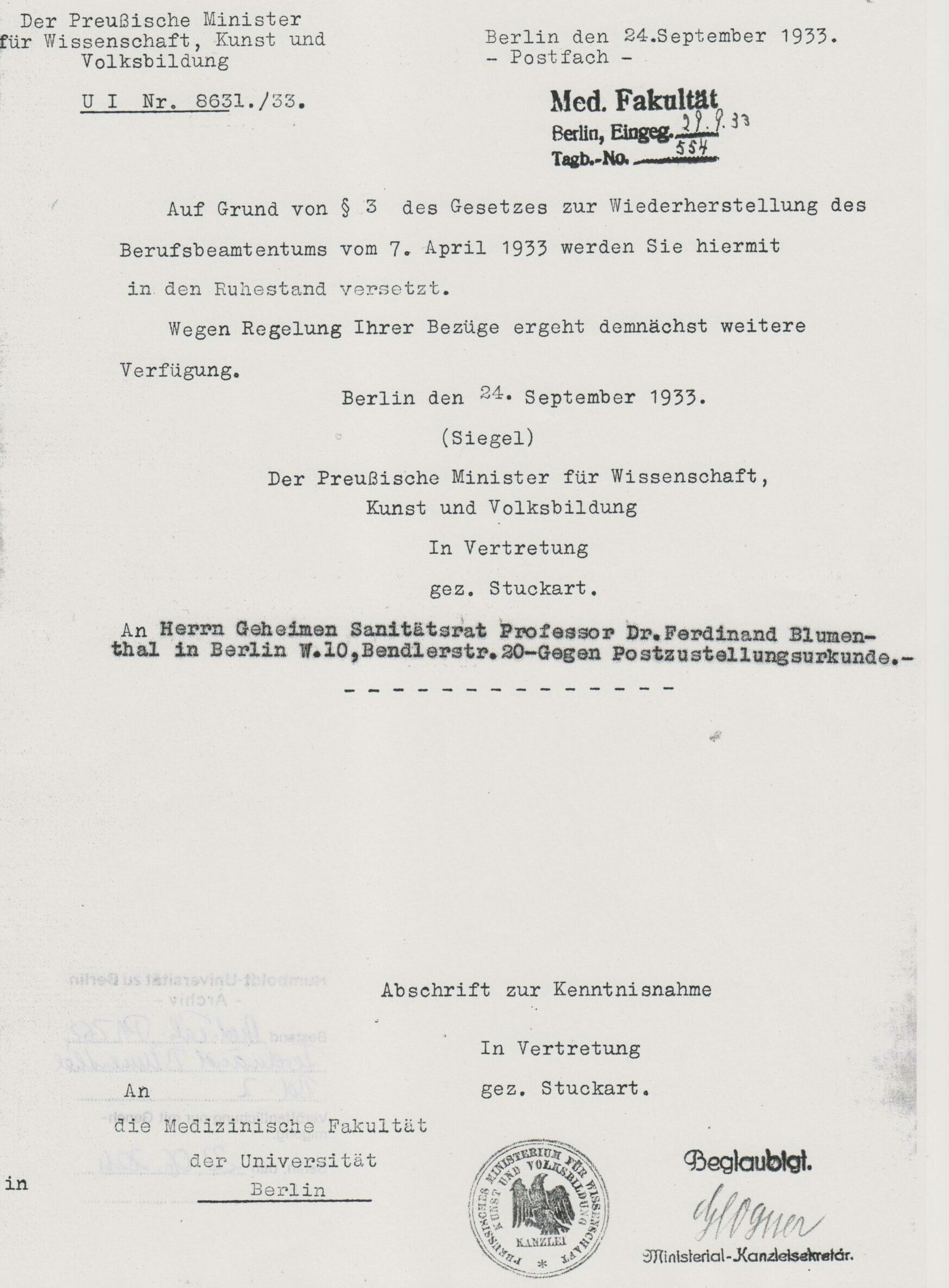 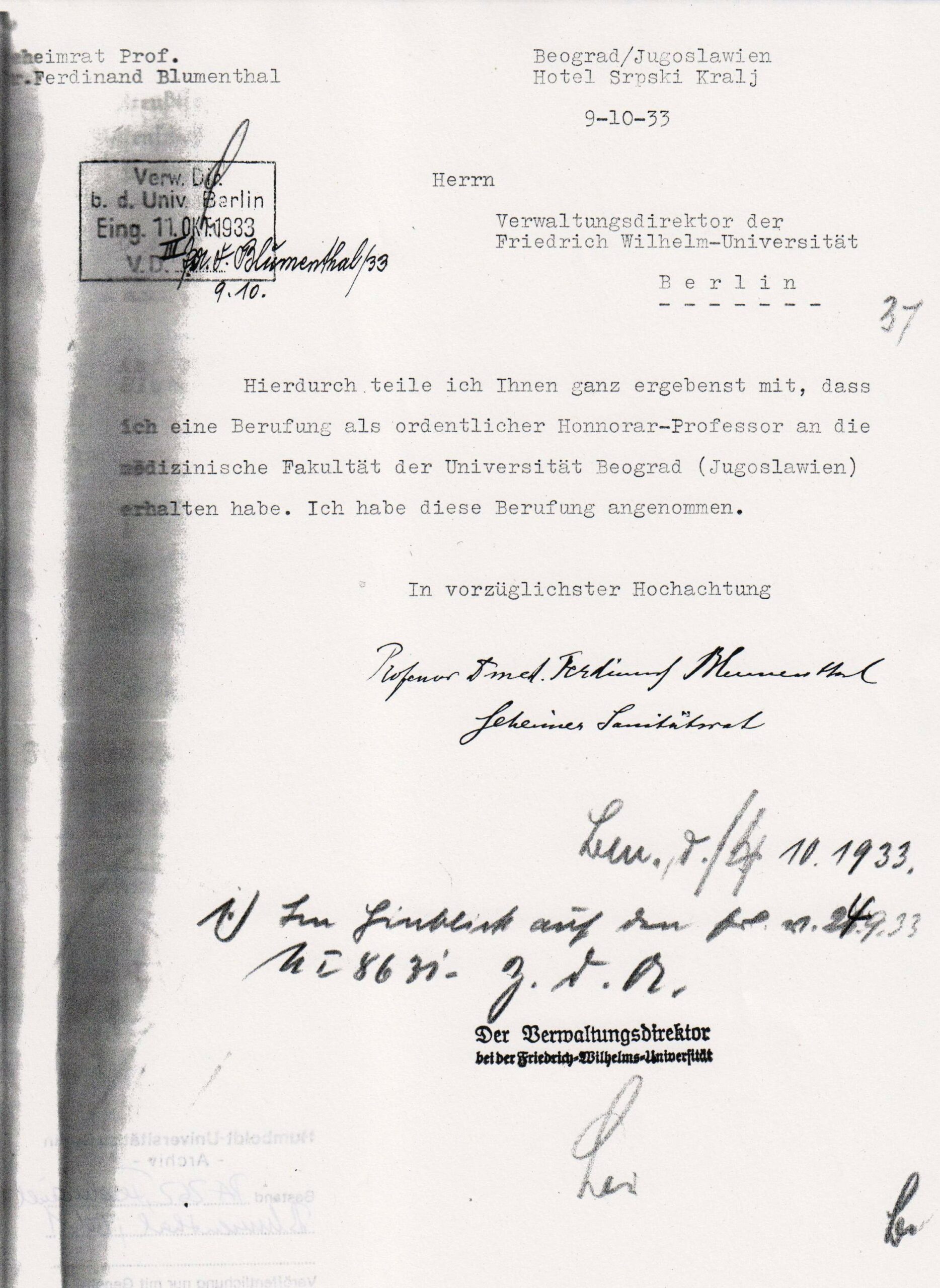 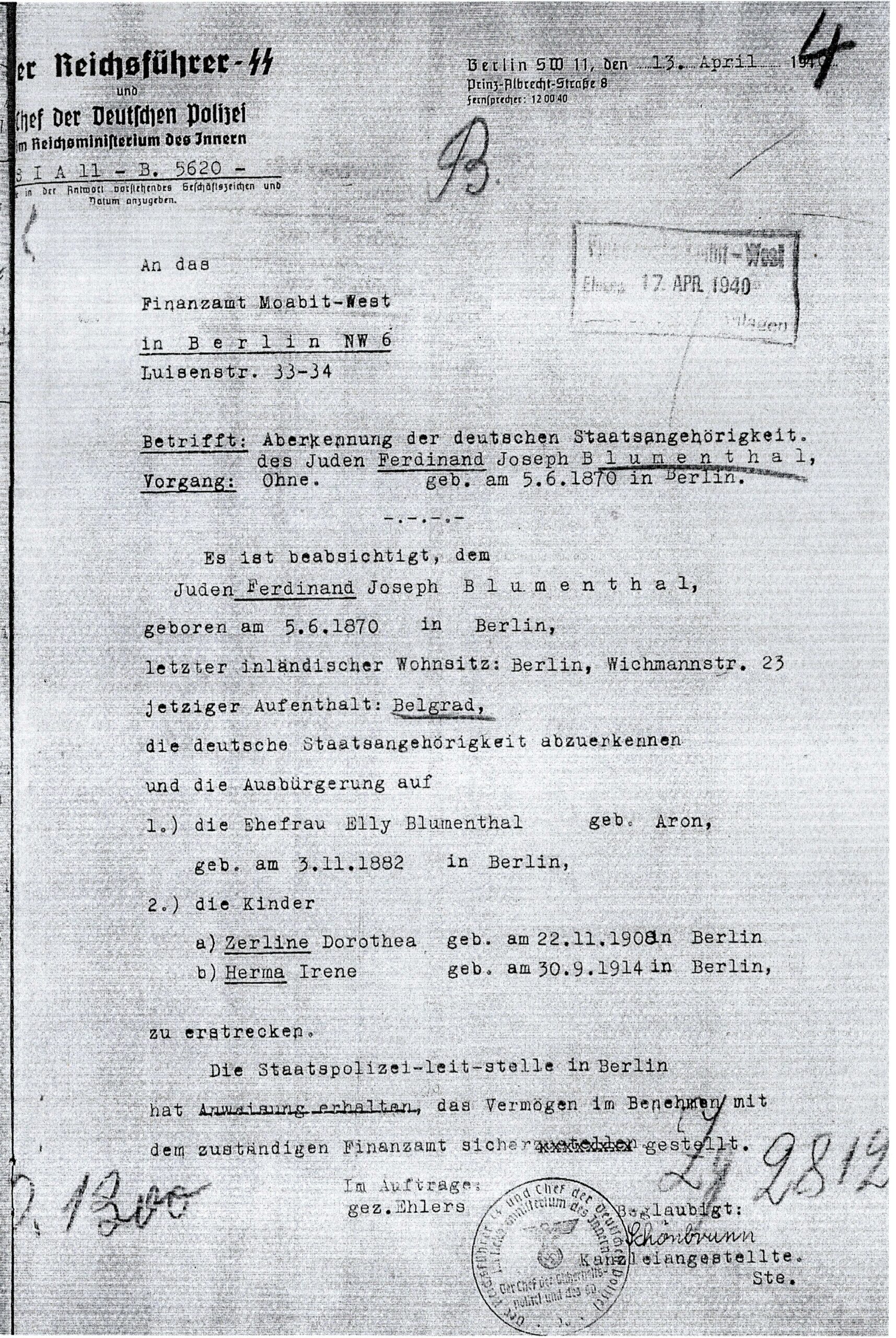 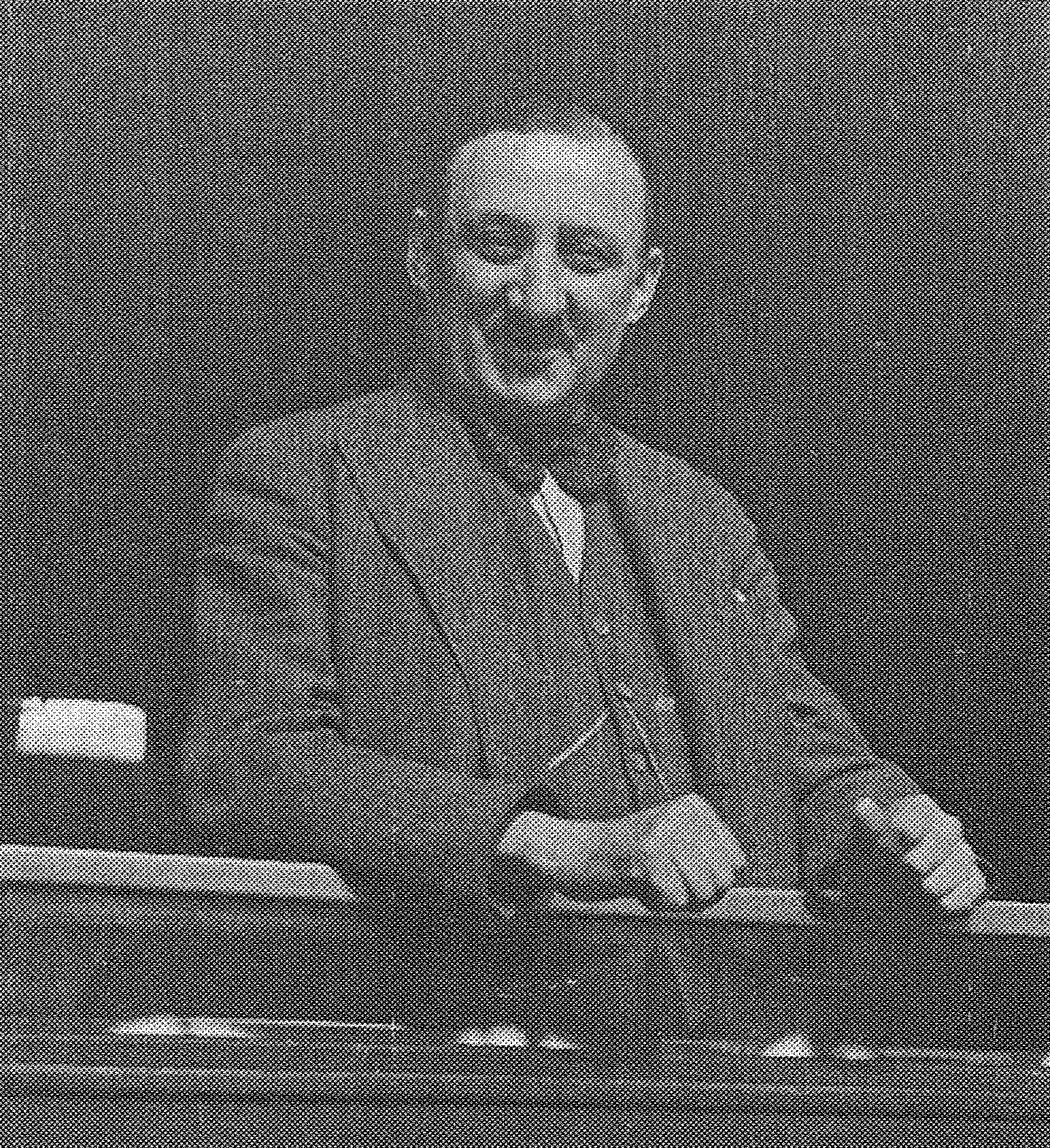 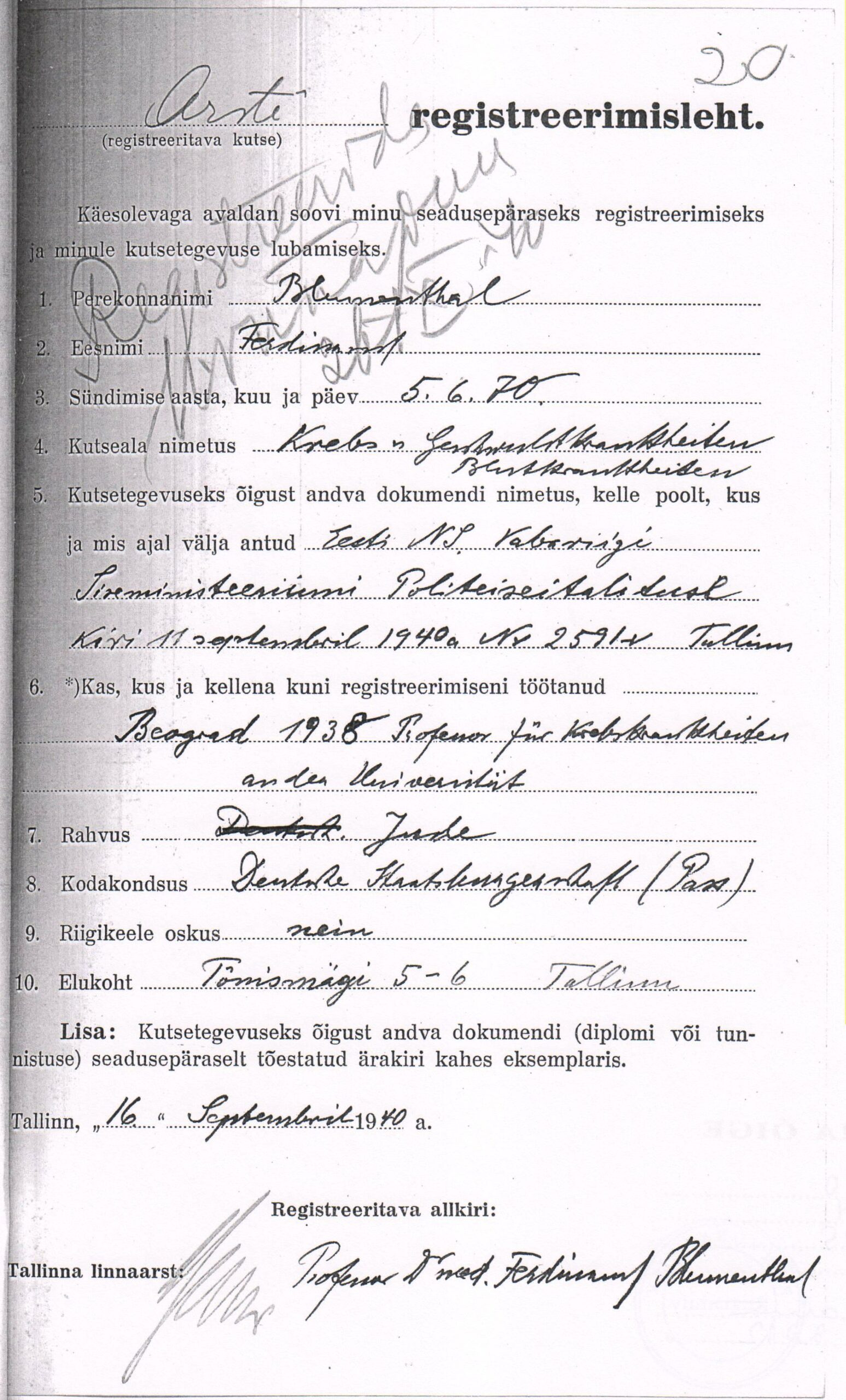