Training in internal medicine at the municipal hospital in Magdeburg

Kurt Karger grew up in a well-known Magdeburg family. His father was the business man Aron Karger, his mother Betty Jaroslawitzer came from Iaşi/Jassy in Romania.

Karger passed his school-leaving exams at the municipal König Wilhelm Gymnasium in Magdeburg in 1916. He then went on to study medicine at the Ludwig Maximilian University in Munich. After two semesters he had to interrupt his studies due to his participation in the First World War. He was able to continue his studies in December 1917 and worked part-time in reserve field hospitals in Munich.

He passed the state examination at the medical faculty of the University of Munich in June 1921 and received his doctorate in November 1921 with the thesis “Die Therapie des Mastdarmvorfalls unter besonderer Berücksichtigung der Thiersch’schen Operationsmethode”.

He dealt with metabolic issues, especially the effect of insulin on carbohydrate metabolism (lecture during the 37th Congress of Internal Medicine in Wiesbaden in 1925).

Kurt Karger married Lilly Weimersheimer, a Munich native, in March 1930. Karger had met her during his studies in Magdeburg. Their daughter Ilse was born in 1931 and their daughter Eva Ruth in 1933.

His health insurance licence was revoked on 1 July 1933. He had been excluded from reimbursement by the German Civil Service Health Insurance from 25 July 1934. He lost his licence to practice medicine on 30 September 1938. Subsequently, Dr. Karger was allowed to treat Jewish patients only as a so-called “Krankenbehandler”.

Kurt Karger was still living in Magdeburg in May 1939, according to the census. His wife Lilly Karger had left Germany in October 1938 and travelled to New York via Rotterdam. She arrived in New York on 4 November 1938, trying to find a possibility for the family to emigrate to the USA. While her efforts were unsuccessful, she could temporarily stay in the USA.

Kurt Karger travelled from Magdeburg to Berlin with his two daughters aged 7 and 9 at the beginning of 1940, to join his brother Dr. jur. Alfred Karger. The latter had been running a renowned law firm in Berlin since the beginning of the 1920s together with the former Prussian Minister of Justice and the Interior, Wolfgang Heine. He was a well-respected lawyer and an avid publisher.

Kurt Karger and his daughters travelled from Berlin to Italy and were given passage on a ship from Genoa to Cuba. From there they travelled to Veracruz in Mexico on 20 April 1940 aboard the US passenger ship T/S Monterey. Dr. Karger applied for asylum in Mexico for himself and his family on 24 May 1940. His wife Lilly joined them in the Central American country from the USA and they henceforth lived in Mexico City. He obtained a licence to practise medicine and successfully ran a practice until his untimely death.

His brother Alfred Karger fled with his family and their mother Betty Karger from Berlin via Spain and Cuba to Ecuador in 1941 and lived in Quito. Kurt Karger’s niece, the 30-year-old psychologist and social welfare worker Lilli Guggenheim, was deported from Berlin to Auschwitz in November 1942 and murdered.

Kurt Karger died in Mexico City in July 1950. His wife Lilly Karger survived him for 49 years; she died on 19 July 1999. Two daughters of the Kargers have been living in the USA since the end of the 1950s.

We are very grateful to Eva Karger, USA, the daughter of Dr. Kurt Karger, for important biographical information, for corrections, and for the portrait photograph of Dr. Karger. We would like to thank the retired pastor, W. Zachhuber, Magdeburg, for the documents from the archives of the Magdeburg synagogue congregation and the references to the ‘Jüdisches Wochenblatt’. The scans were provided by Ms Katrin Oschmann, Magdeburg City Library. Dr G. Keiper, Political Archive of the “Auswärtiges Amt” (Foreign Office) in Berlin, was extremely helpful in tracing the Karger family in Mexico. 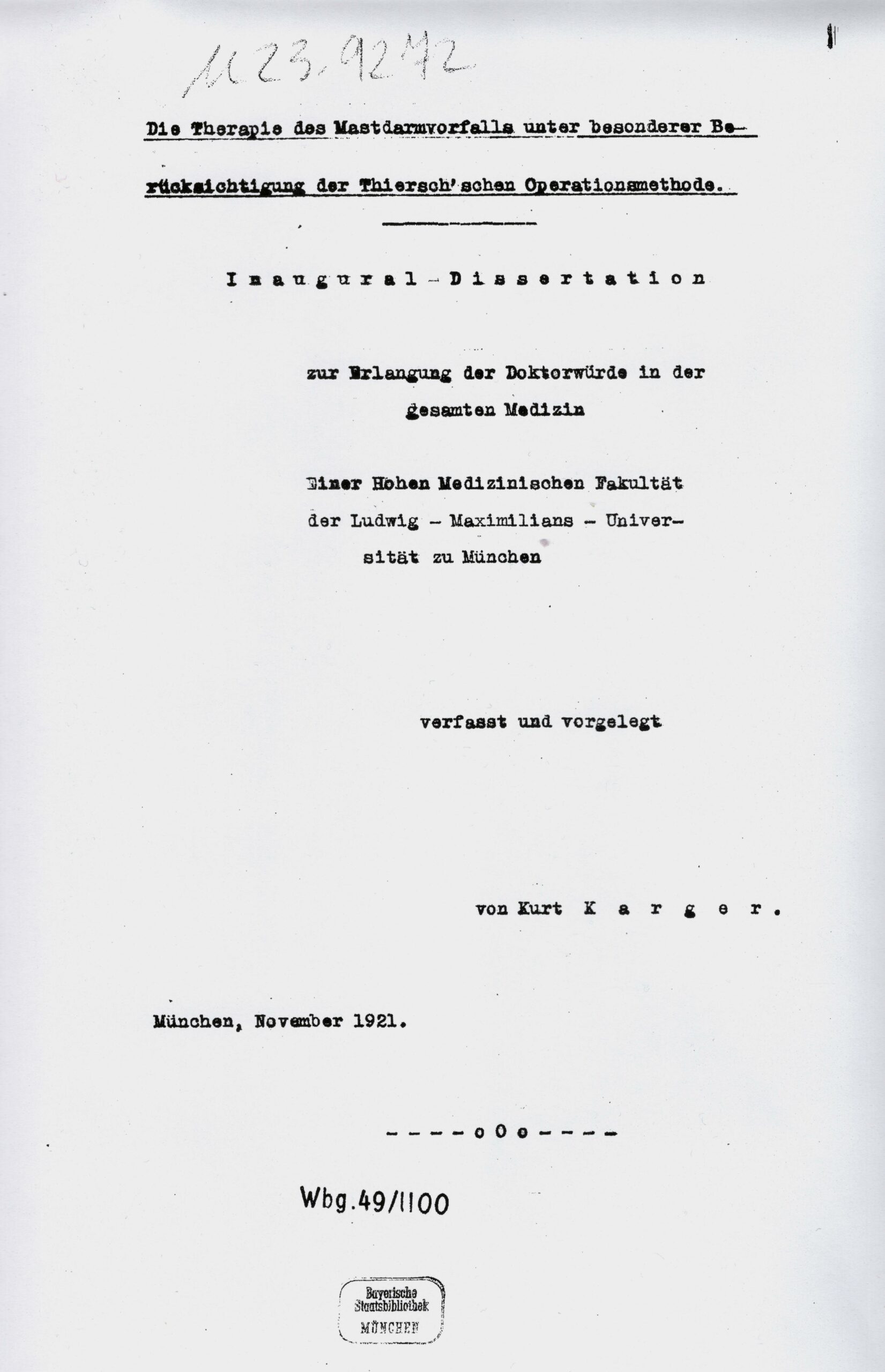 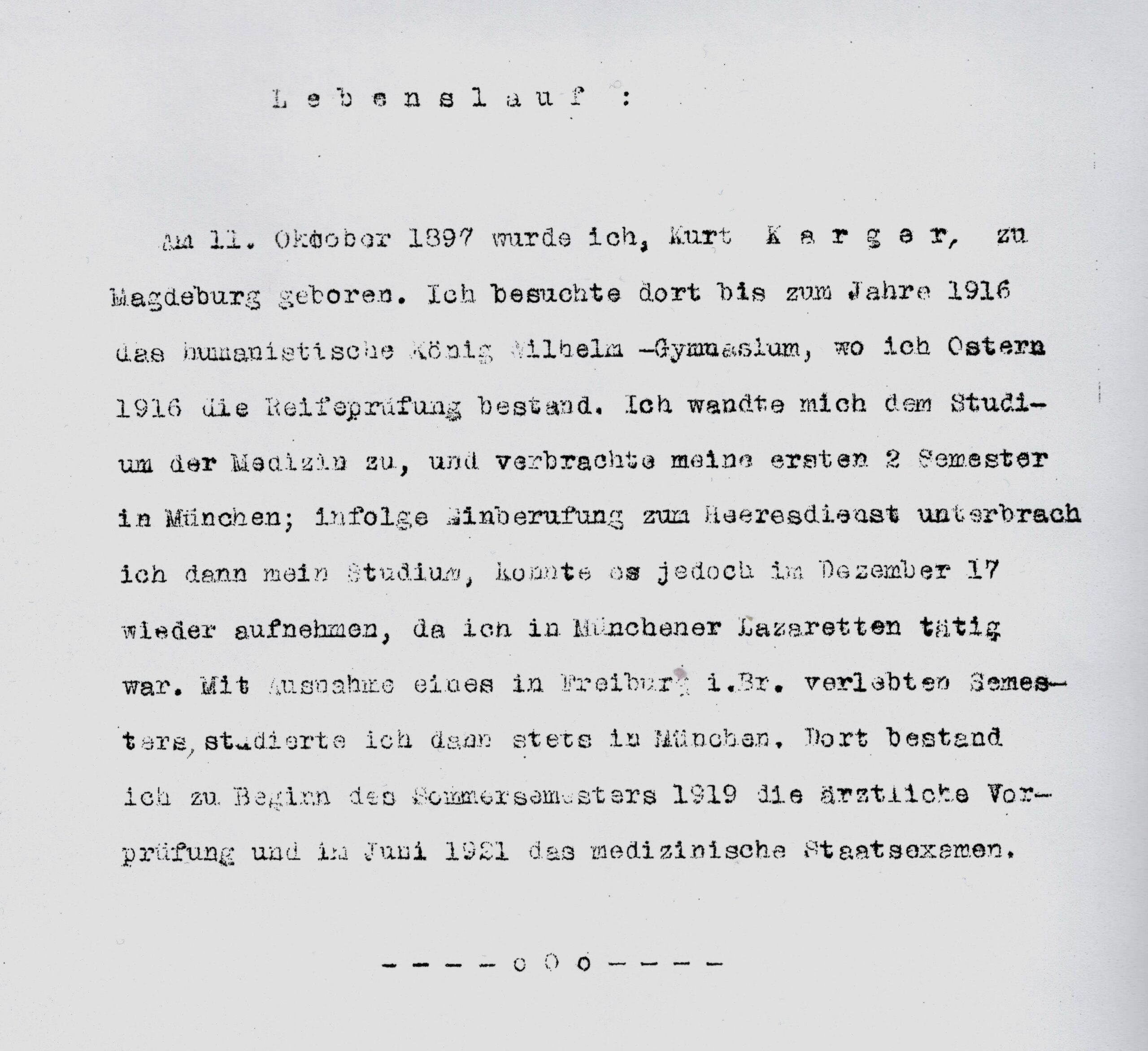 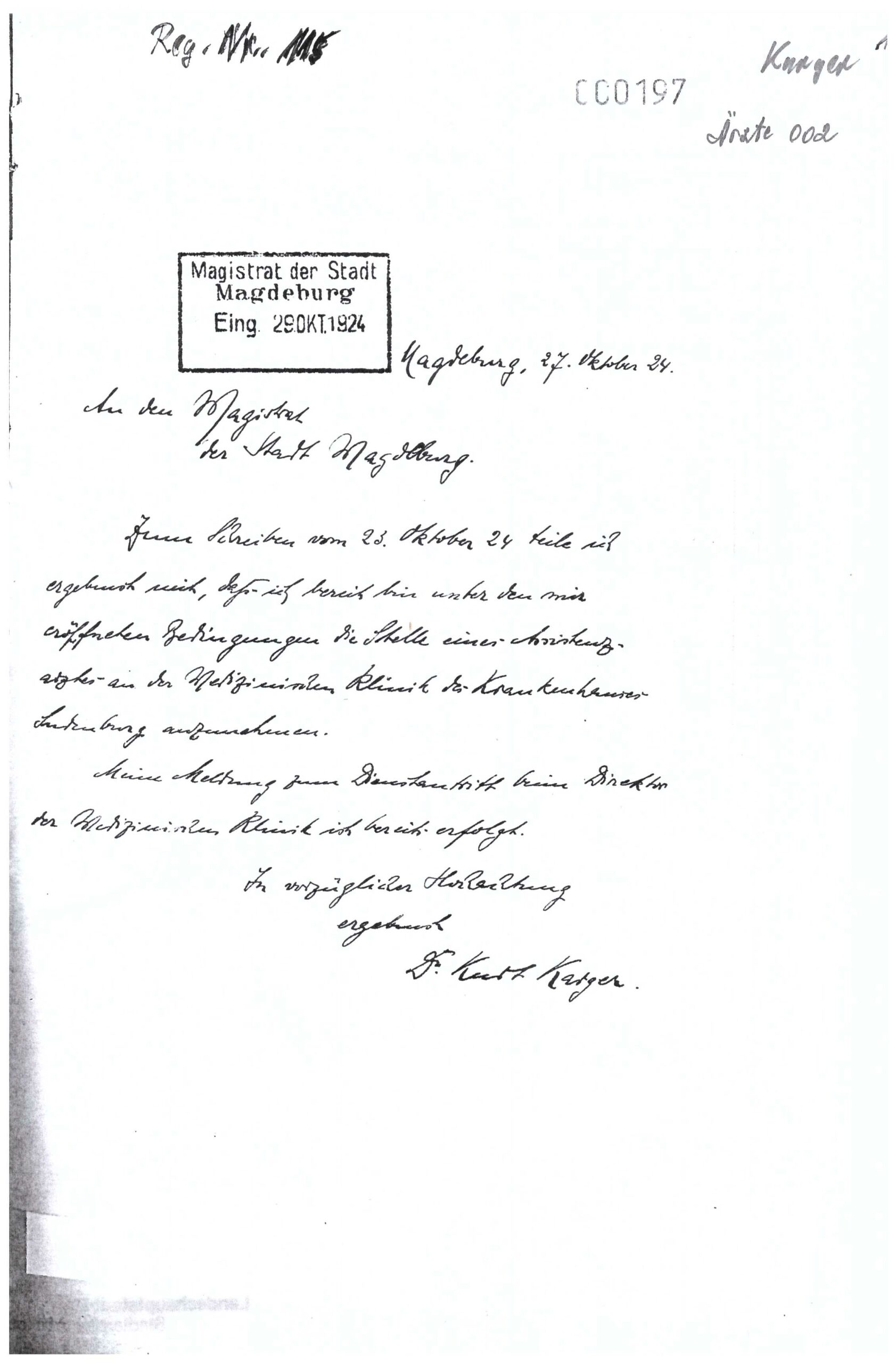 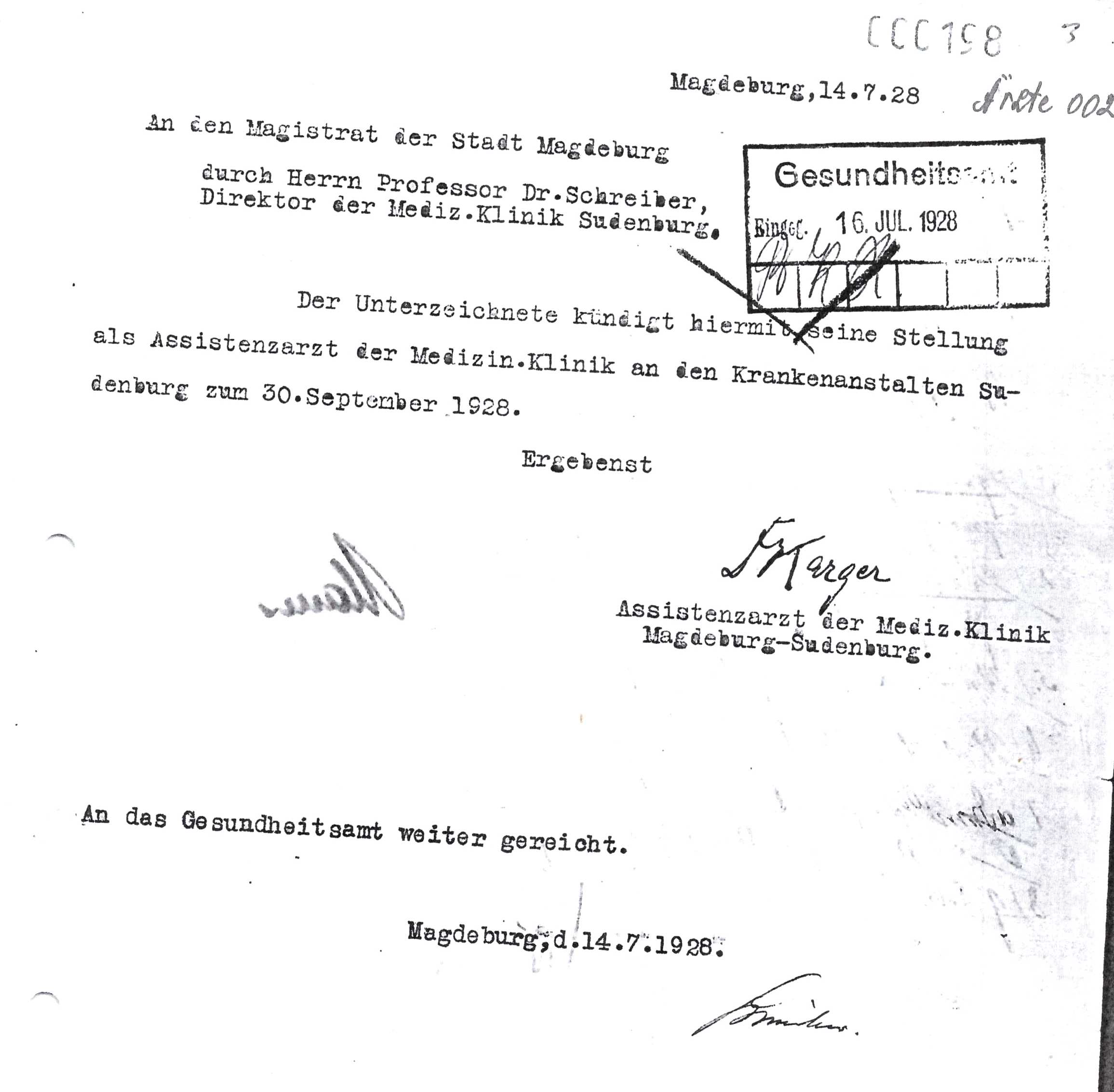