Studies in Heidelberg, Geneva, and Munich

Specialist in gastroenterology in private practice in Karlsruhe since 1920

Erich Adler was born in Karlsruhe in 1889 as the son of the merchant Samuel Adler and his wife Emmy, née Weiss.

After graduating from the Karlsruhe Reform Gymnasium in 1907, Erich Adler studied medicine in Heidelberg, Geneva, and Munich. He passed the state examination in Heidelberg in December 1912 and received his doctorate from Heidelberg University in 1913 with the thesis “Die Leukämie der Säuglinge”, which he had written at the Institute of Pathology of the Municipal Hospital in Karlsruhe.

Adler actively participated in the First World War. He had been practising as a specialist in gastrointestinal and metabolic diseases in Karlsruhe in private practice from October 1920.

Adler was initially allowed to retain his health insurance licence in April 1933, as he had been a “front-line fighter” and received various awards in the First World War, but it was finally withdrawn on 15 July 1938. His licence to practise medicine was revoked on 30 September 1938.

Erich Adler fled Germany on 9 October 1938 via Zurich, Switzerland, to Paris. Adler and his family left Le Havre, France, for the USA aboard the S.S. Manhattan on 15 December 1938. They reached New York on 22 October 1938.

After taking professional and language examinations, Erich David Adler received a licence to work as a registered doctor in private practice in 1943. He successfully ran a practice in Greenfield, Massachusetts, USA until 1972.

Eric D. Adler died in Hollywood, Florida, on 21 July 1974 at the age of 83. His gravesite is located at the Fred Hunter’s Hollywood Memorial Gardens, East Hollywood, Broward County, Florida.

We are very grateful to Dr Eric Adler’s grandsons, Steven A. Adler, USA, and Michael Landauer, USA, for providing us with information and a portrait photograph of their grandfather Eric Adler. 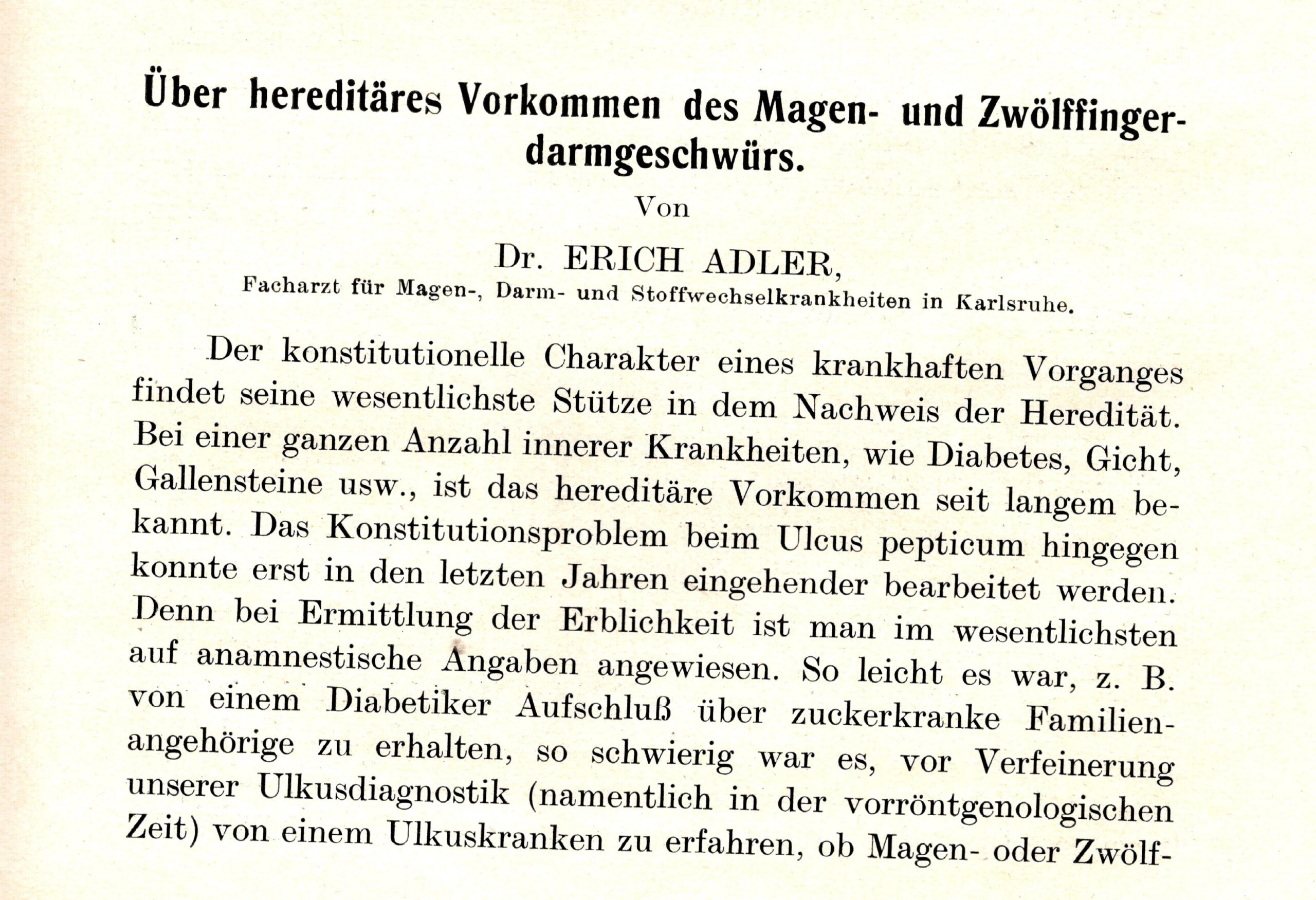