Commemorating the Jewish Members of our Scientific Society

The DGVS is committed to commemorating the Jewish physicians who were excluded from the specialist society, who were disenfranchised, persecuted, forced to flee Germany, or deported to concentration camps after the National Socialists had come to power in January 1933. The tribute to their lives and their manifold contributions to our discipline is intended to commemorate those forgotten – and at the same time – should serve as an urgent warning. 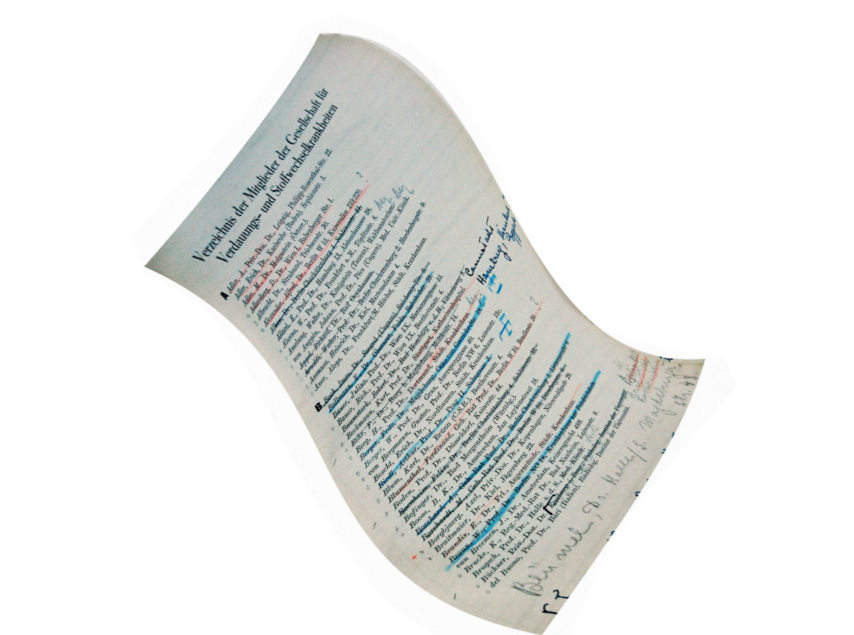 While doing research for the commemorative publication “100 Years DGVS” in 2013, the transcript of proceedings of the then Secretary General was discovered. It contained the society’s 1932/33 membership list. This list is the first to reveal the names of the Jewish members of our scientific society who were forced to leave the DGVS after the beginning of the Nazi dictatorship. Most of the names had been crossed out in red pencil. The following biographical outlines are based on the names on this list. 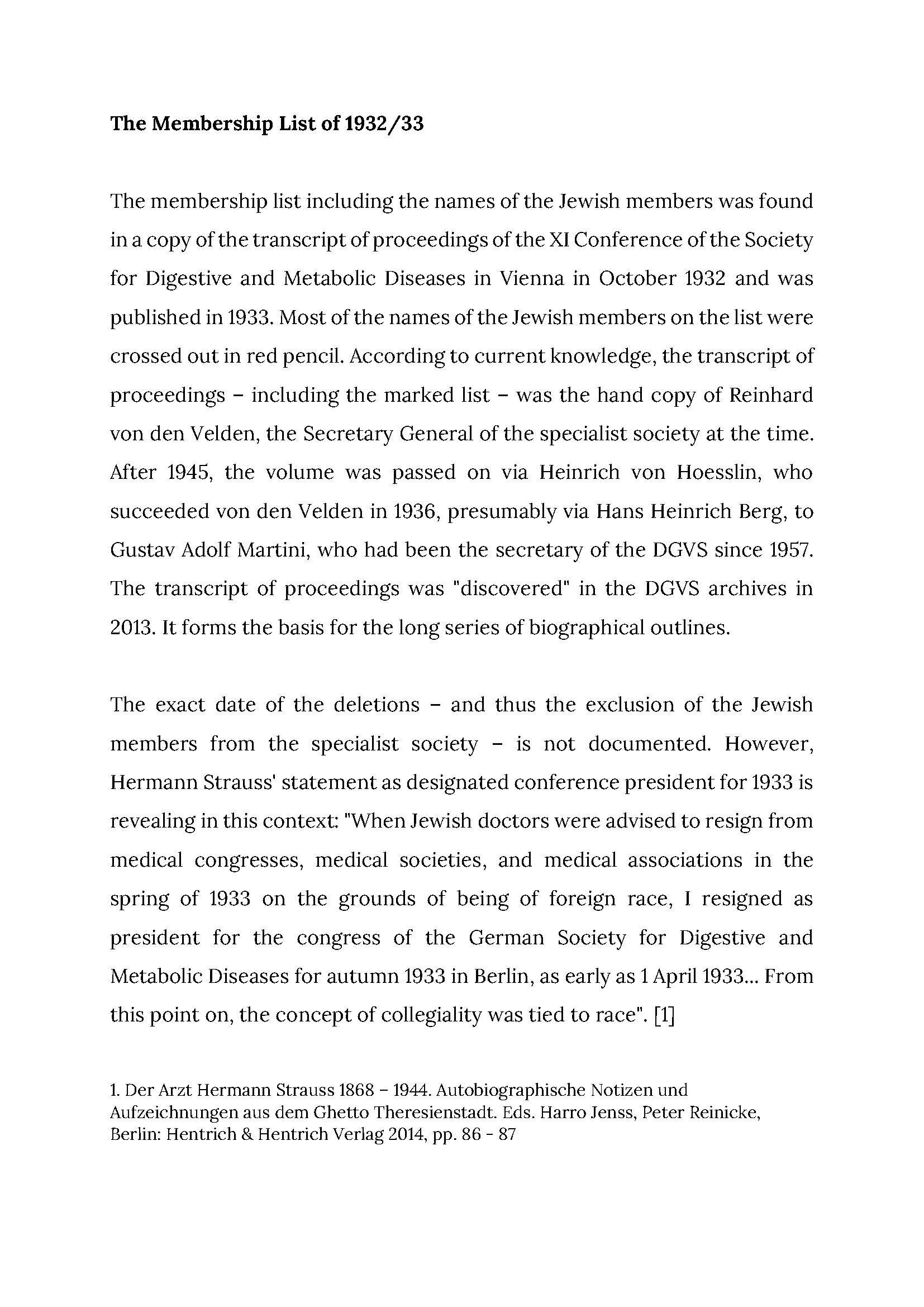 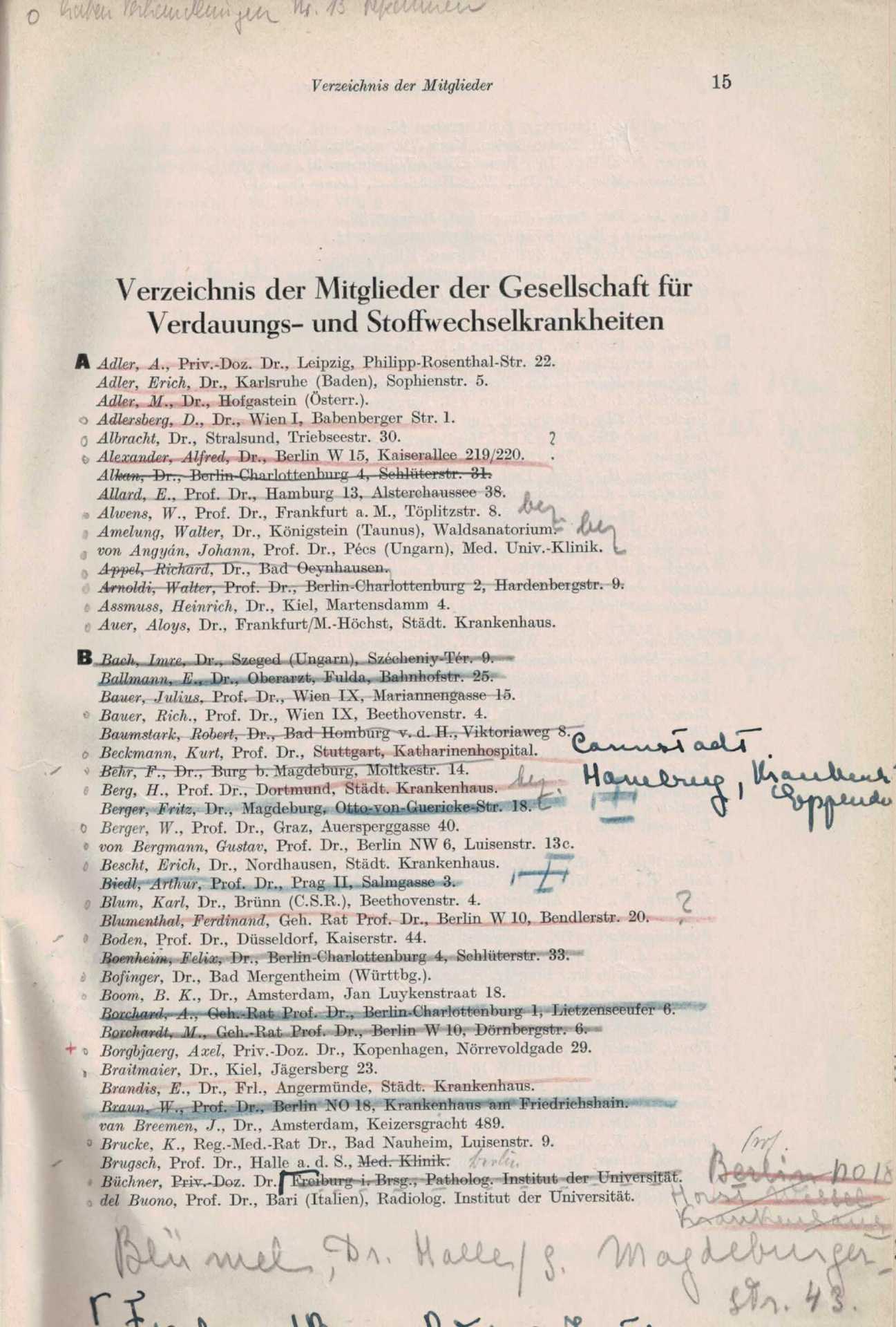 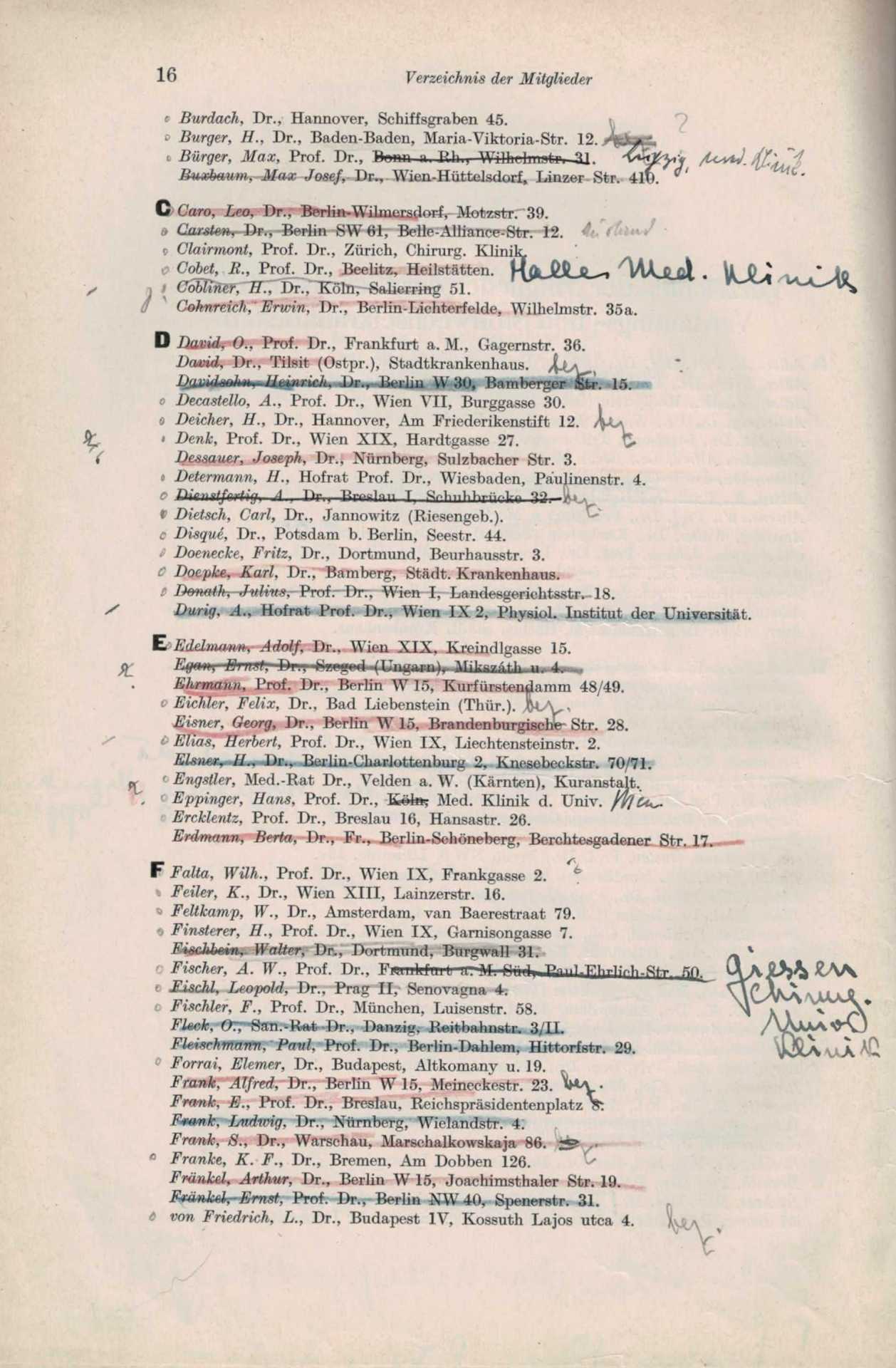 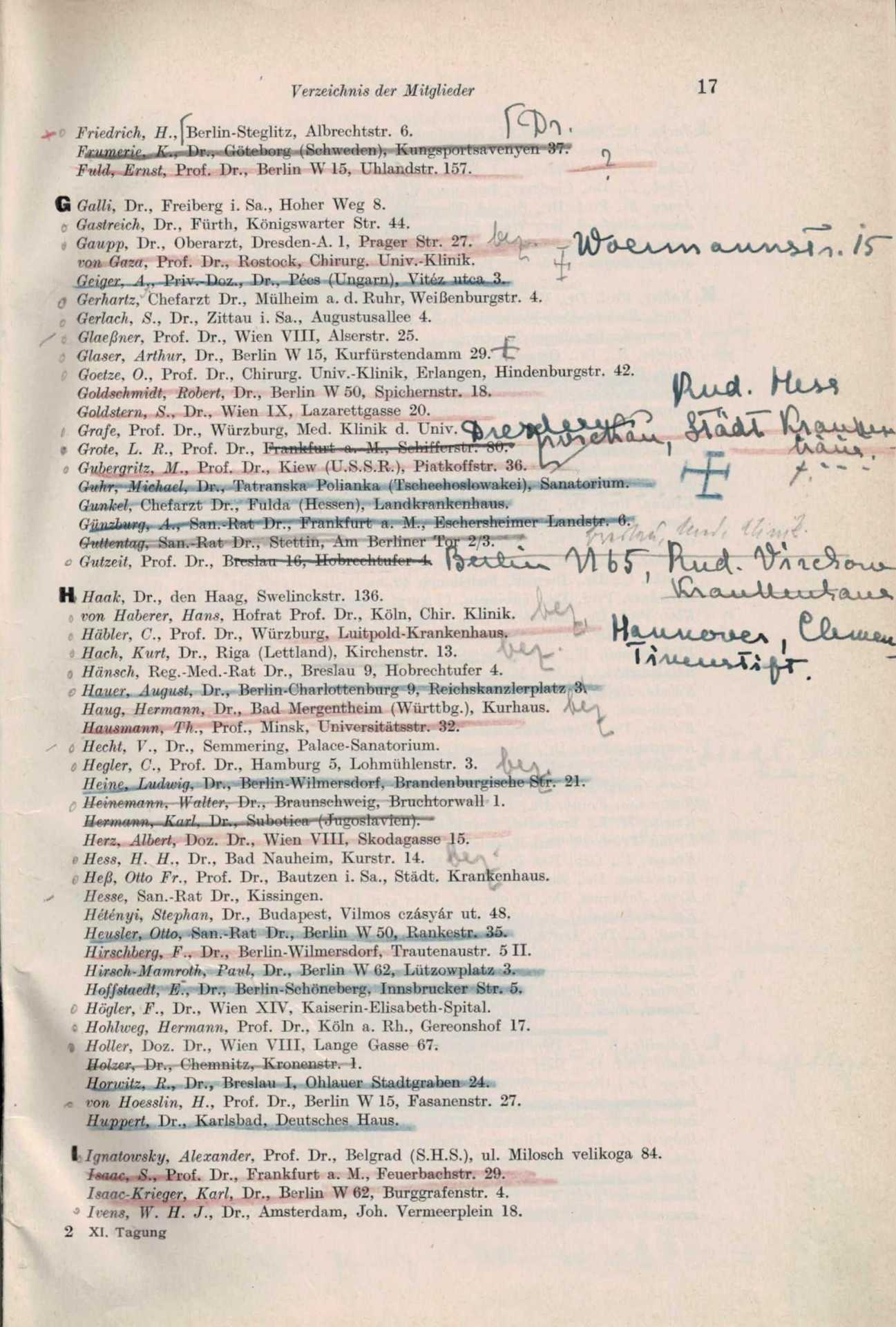 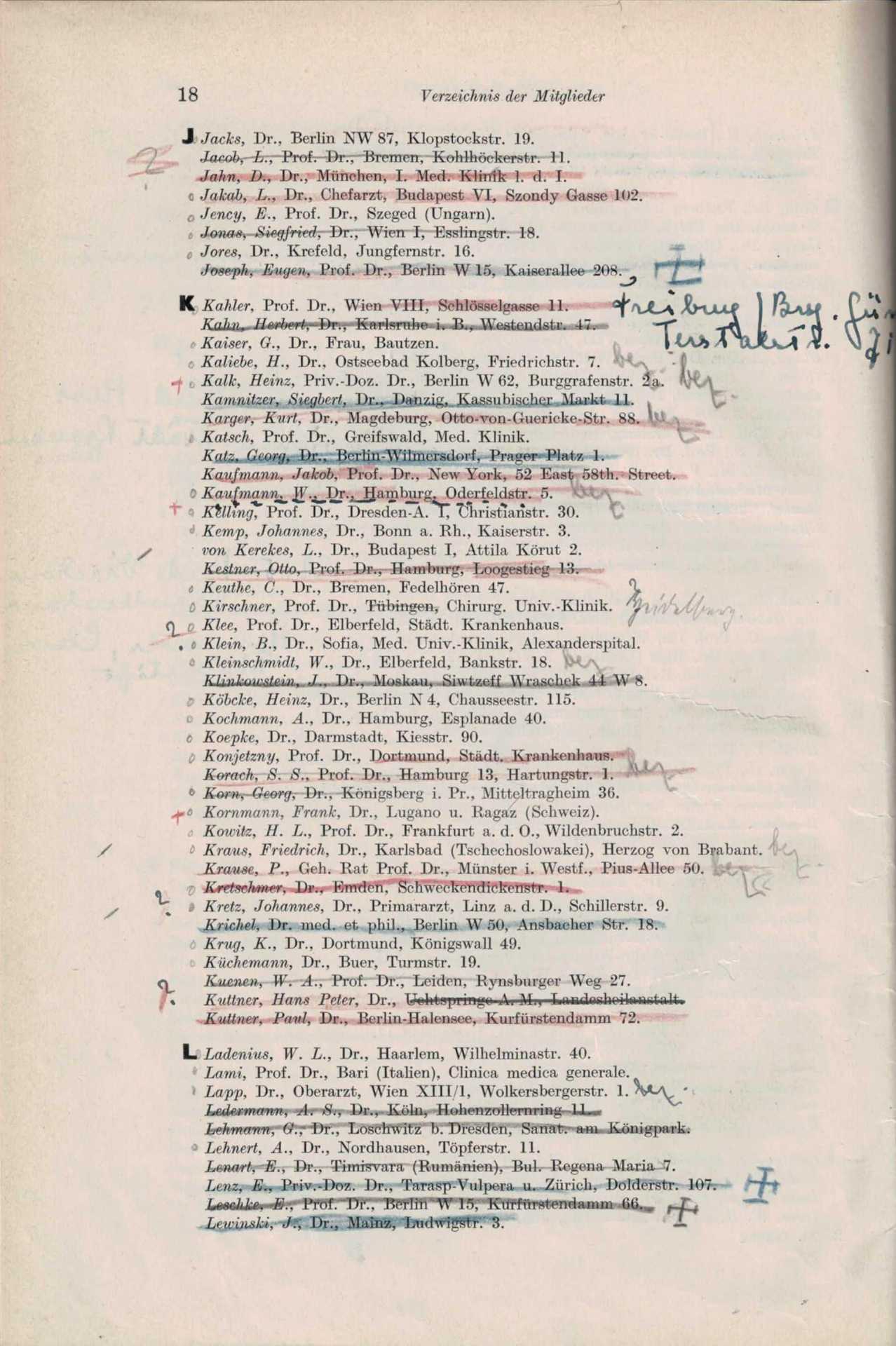 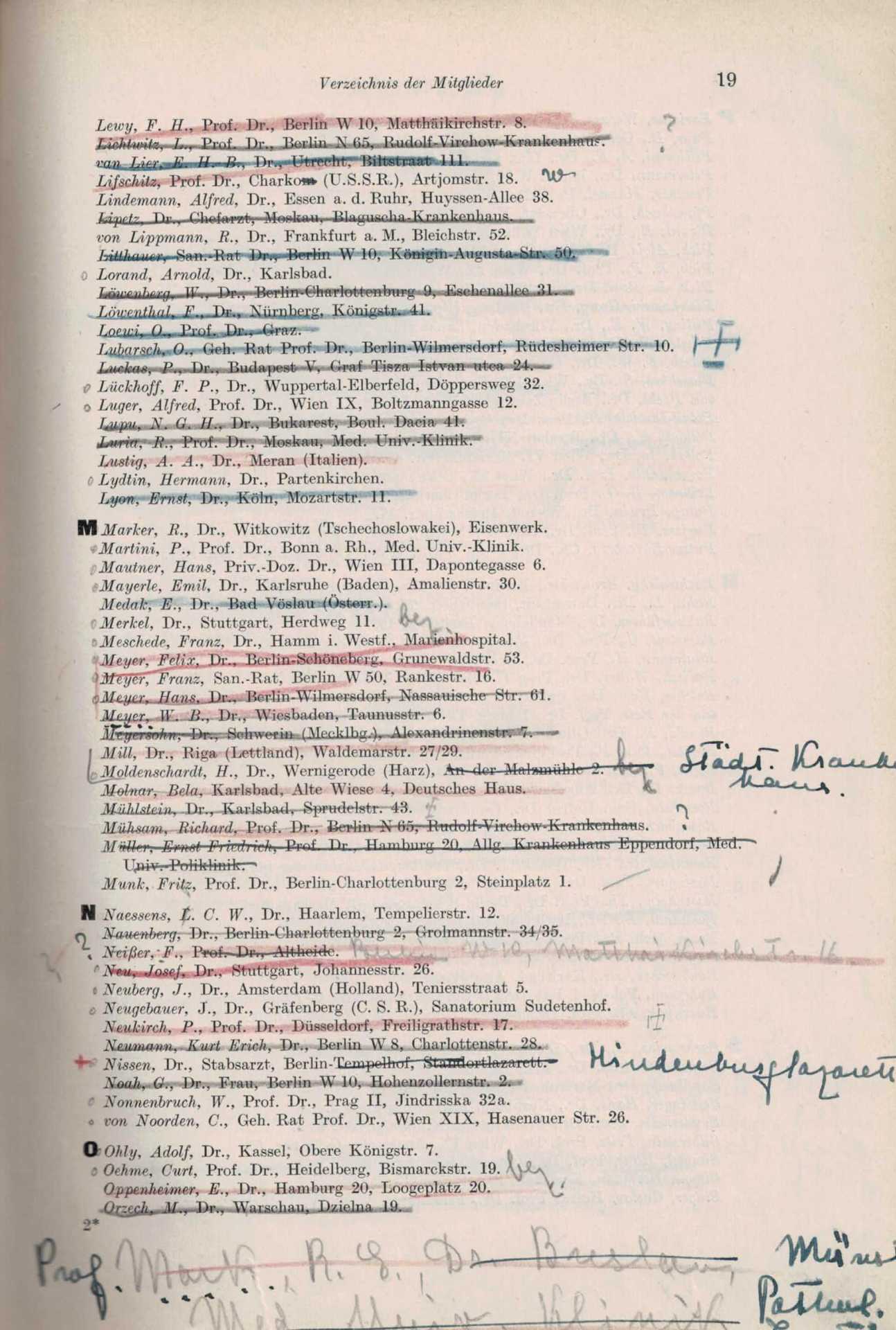 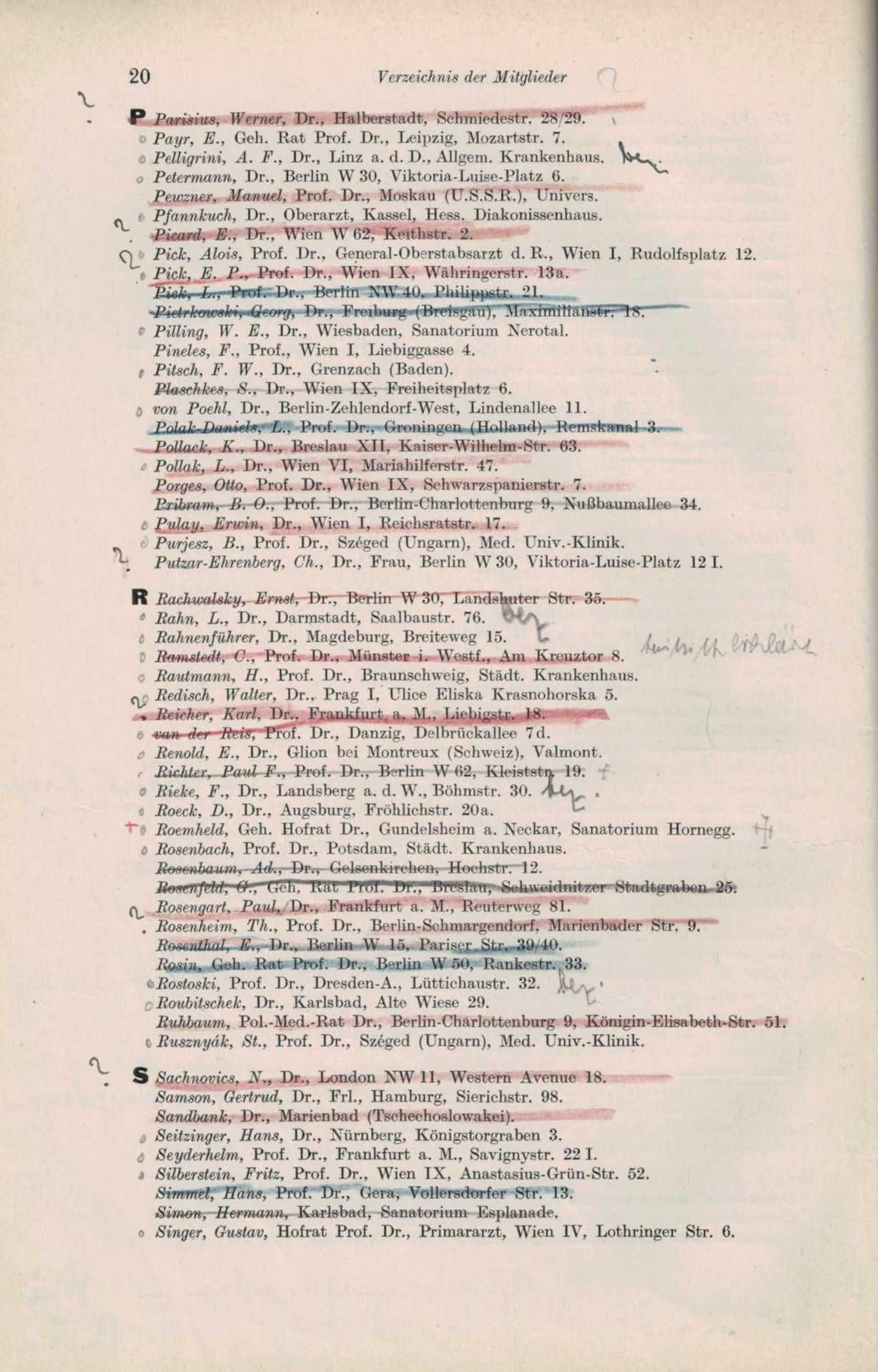 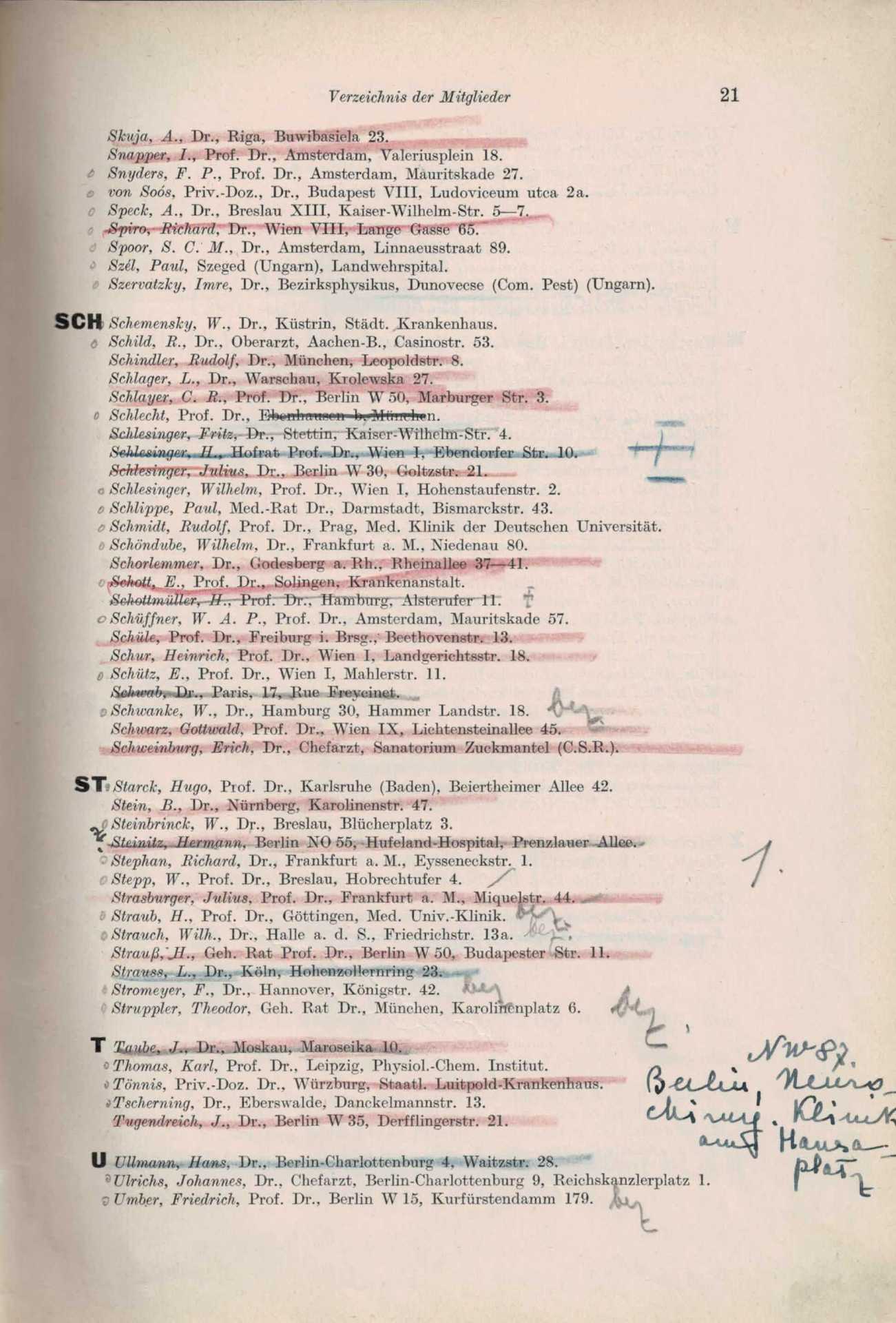 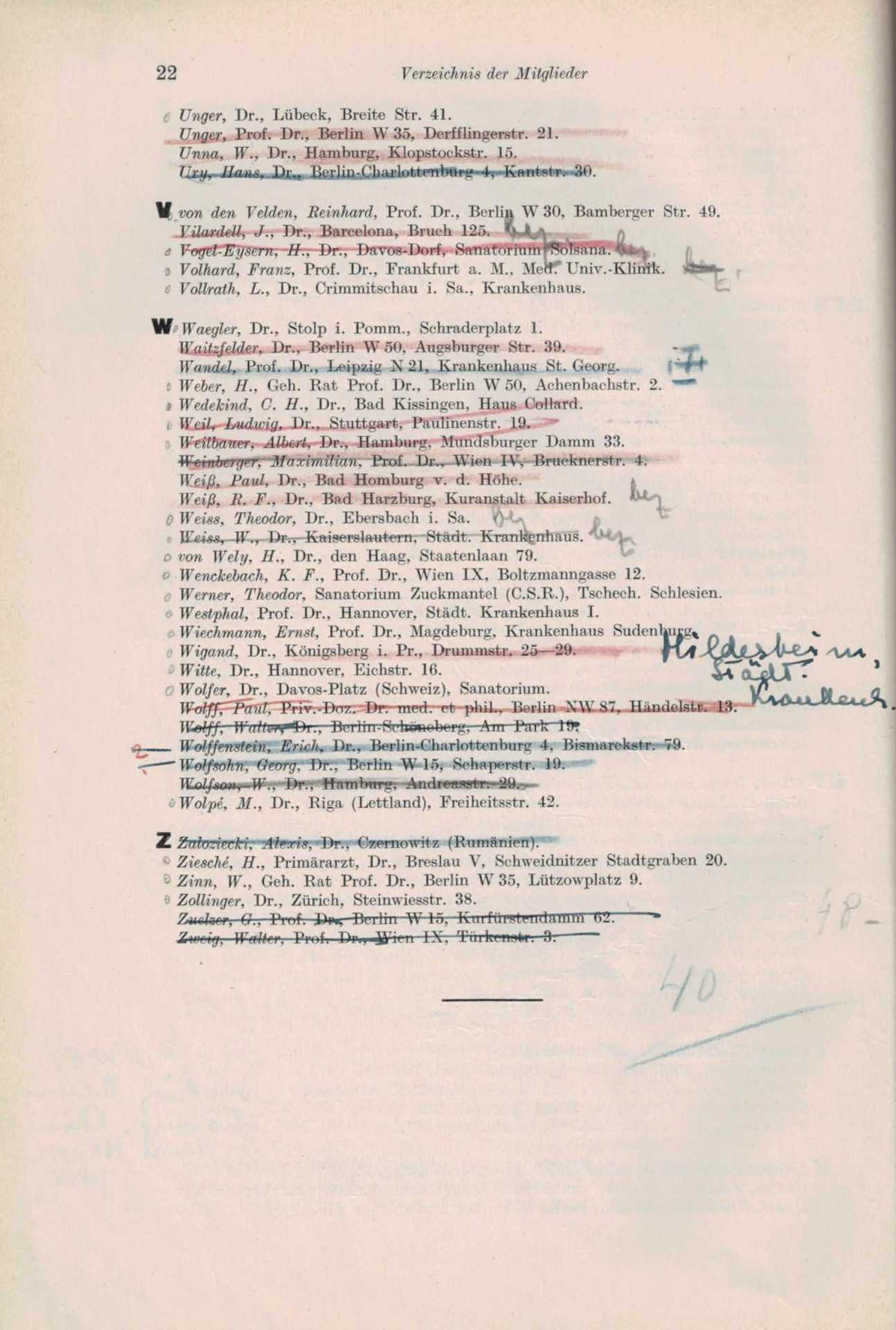 Jewish Members of our Scientific Society