Escape to the USA in 1940, renamed George Peters

Georg Pietrkowski was born in Posen/Poznań in 1874. He was the son of the merchant Mathias Pietrkowski and his wife Lina, née Reimann.

After graduating from the Royal Grammar School in Gdansk, Georg Pietrkowski studied medicine in Breslau, Munich, Berlin, and Freiburg im Breisgau from 1892, where he passed his state examination on 1 July 1897. He received his doctorate from the University of Freiburg with the thesis “Ueber Sublimatintoxikation mit besonderer Berücksichtigung der Darmerscheinungen” the same year.

After graduating, he set up as a general practitioner in Rixdorf, now part of the Berlin district of Neukölln. For a short time he worked as a naval doctor. Pietrkowski trained as a specialist in gastrointestinal diseases in Posen from 1902 and ran his own gastroenterological practice with a small private clinic, which had eight beds and a nurse, from 1907. Pietrkowski fell ill with pulmonary tuberculosis in 1911, whereupon he gave up his previous work in Posen. He spent some time in Badenweiler in southern Baden, where he met the digitalis researcher Albert Fränkel. He subsequently spent time in Davos and on the Italian Riviera.

The family moved to Freiburg im Breisgau in April 1914. After his tuberculosis was cured, Pietrkowski worked as a private scholar and assistant at the Institute for Pharmacology at the University of Freiburg under Walther Straub, an early representative of experimental pharmacology, and his successor Paul Trendelenburg from 1915. Studies on the heart musculature and on the effect of strophantine, among other things,  date from this time. He participated in the founding of the German Society for Pharmacology in 1920. Pietrkowski was a scientific advisor and employee of the Krause-Medico Society, a pharmacological research company, from 1920 to 1926 and was involved in the production of drugs at a Freiburg laboratory.

He opened his own practice as a specialist in gastrointestinal and metabolic diseases at Kaiserstrasse 29 in Freiburg in 1926.

Pietrkowski’s son Bernhard, who was studying in Munich, was arrested at the beginning of 1933 for an alleged anti-Nazi action and temporarily imprisoned at Dachau concentration camp. On the day of the “Jewish boycott”, on 1 April 1933, Pietrkowski’s practice and doctor’s name plate were covered in yellow stripes. Due to the anti-Jewish measures of the National Socialists and after the early loss of his health insurance licence, Pietrkowski decided to leave Germany. He deregistered in Freiburg on 2 November 1933 and initially travelled to Nervi near Genoa via Switzerland with his wife Eva. He learnt Italian, passed the Italian medical state examination, and received his Italian licence to practise medicine. He then moved to Florence, where a relative lived. He worked there as a specialist in gastrointestinal and metabolic diseases from 1935. His son Michael Edmund (Micha) was able to move to Palestine in good time. The other two sons, Bernhard and Stefan, went to the USA. When anti-Semitic measures in Italy became more frequent from 1938, the Pietrkowskis once again had to seek refuge in another country.

Georg Pietrkowski and his wife travelled from Italy to Switzerland in 1938 and tried to obtain an entry visa for the USA. They were able to reach Spain from Switzerland via France and the border town of Portbou in the summer of 1940. They reached Havana, Cuba from the port city of Vigo in northwestern Spain, arriving in New York on 13 September 1940. The couple’s youngest child, their daughter Lena, fled from Italy to Zurich in 1938 and reached the USA via France. She later settled in Seattle, where she lived until her death in 2011.

The couple moved from New York to Berkeley, California, where their son Bernard lived. The 66-year-old Georg Pietrkowski no longer practised medicine in the USA. He received US citizenship in 1946. The historian Ernst Hartwig Kantorowicz, who was born in Posen and a friend of Pietrkowski’s, was one of his guarantors in the USA.

Georg Pietrkowski, who referred to himself as George Peters in the USA, died in Berkeley, California, on 19 January 1964 at the age of 89.

We are very grateful to Tom Frank Peters for valuable information on his grandfather’s biography and for providing the impressive photographs. We would also like to express our gratitude to Susanne Breisinger for establishing contact in 2012 and in 2019 for her dissertation on the Jewish doctors in Freiburg and for providing her text on the life of Georg Pietrkowski. 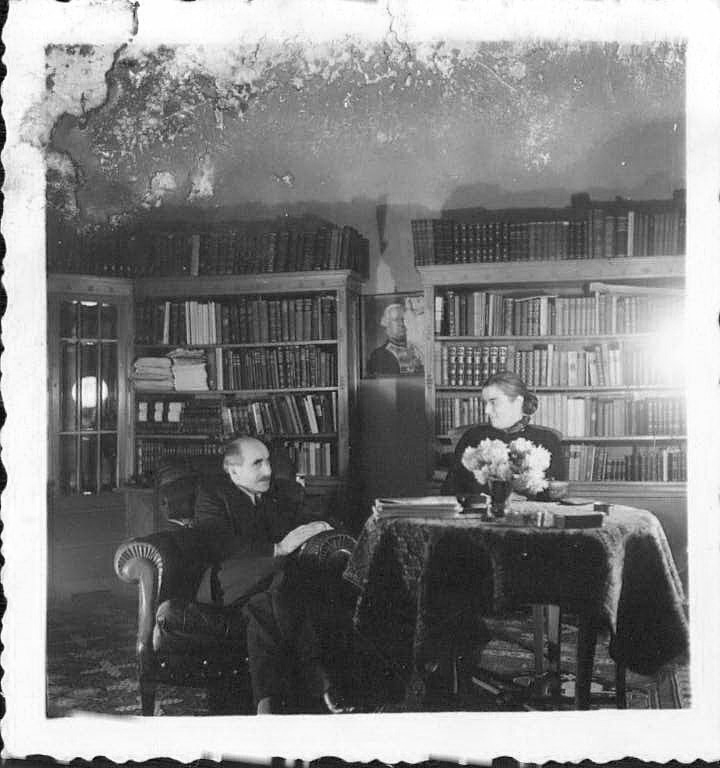