Specialist in gastrointestinal and metabolic diseases in private practice in Nuremberg

Fritz Löwenthal
lost his mother
and three sisters
in the Holocaust

Fritz Löwenthal was born in Lennep, Remscheid, in 1889 as the son of the merchant Moses Löwenthal and his wife Julianna, née Feist.

Löwenthal attended Realschule (secondary school) in Mühlheim an der Ruhr and Oberrealschule (upper secondary school) in Essen, from which he graduated on Easter 1907. He took up medical studies in Bonn and completed his Latin examinations in Duisburg. He then moved to Freiburg, Munich, and Berlin and returned to Bonn for the last few semesters, where he passed the state examination in May 1912. He received his doctorate from the Medical Faculty of the Rheinische Friedrich-Wilhelms University in Bonn on 5 September 1913 with the thesis “Ein Angiofibrom der Milz“, which he had written at the University Institute of Pathology. The further stages of his education and training are as yet unknown.

Löwenthal actively participated in the First World War. He had been working as a specialist in gastrointestinal and metabolic diseases in Nuremberg from 1919. His decision to settle in Nuremberg was probably related to the fact that his wife came from this city, her family lived there, and owned a large building in the centre of town where Löwenthal could open his own practice.

Following the loss of his health insurance licence, Löwenthal lost his licence to practise medicine on 30 September 1938. The University of Bonn revoked his doctorate in March 1941.

Fritz Löwenthal and his wife fled to England in July 1939 to follow their daughter. They had sent the 16-year-old to England on a Kindertransport operated by a Jewish aid organisation in 1938. The family initially lived in Willesden in northwest London. Their son Heinz Löwenthal, who from then on referred to himself as Chaim Geyari, had fled from Germany to Palestine.

Fritz Löwenthal received an affidavit for the USA and was able to reach the USA from Liverpool aboard the S.S. Newfoundland with his wife and daughter on 20 April 1940. They reached Boston on 7 May 1940. He changed his name to Frederick Loewenthal in the USA. He received US citizenship in June 1945.

Frederick Loewenthal died in Brookline, Norfolk County near Boston, in October 1975 at the age of 86.

Fritz Löwenthal lost his mother and three sisters in the Holocaust. His mother Julianna was deported to the Theresienstadt ghetto in July 1942. She died at the ghetto on 16 January 1943 at the age of 84. Löwenthal’s sister Elfriede was deported to Theresienstadt together with their mother in July 1942. She was transported to Auschwitz in May 1944 and murdered there. Löwenthal’s sister Johanna Löwenthal was murdered at the Sobibor concentration camp in 1942. His sister Elisabeth Binswanger died at the ghetto Litzmannstadt/Łódź in October 1941. Following an initiative by the Mellinghofer Strasse secondary school, “Stolpersteine” (stumbling stones) were laid in Mühlheim an der Ruhr in 2013 and 2014 to commemorate the murdered members of the Löwenthal family.

The publicist Dr. Ernst Gottfried Lowenthal, a cousin of Fritz Löwenthal, was able to flee to England and published numerous texts after 1945 commemorating the cultural contributions of the Jews in Germany.

We are very grateful to Dan Travers, USA, for providing information on the on the biography of Fritz Löwenthal and for kindly letting us have the portrait photos. 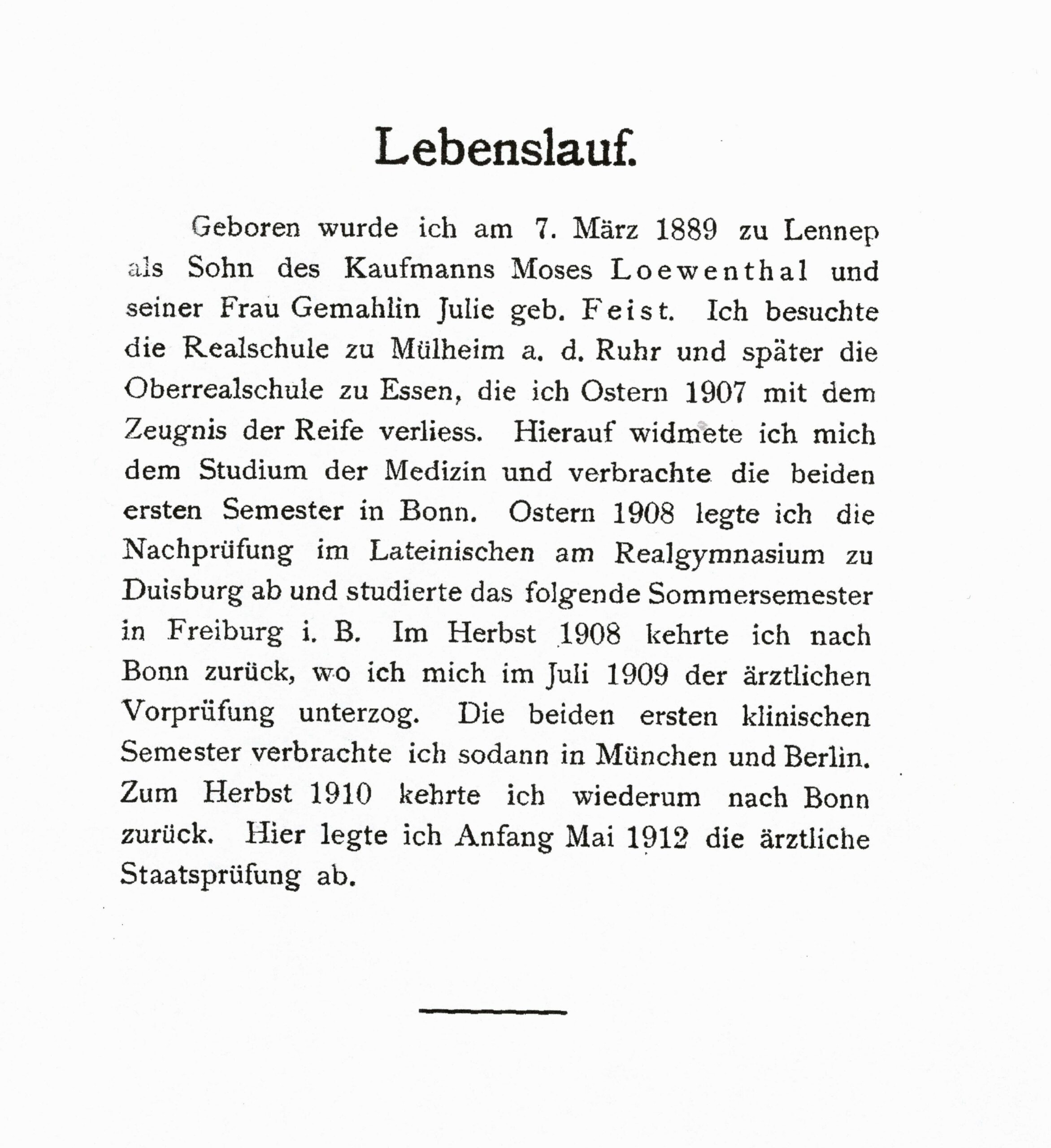 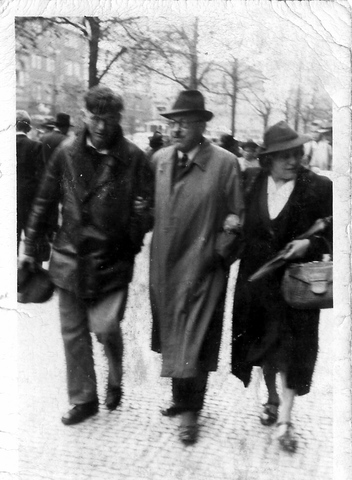