Head physician of the Surgical Polyclinic at the Jewish Hospital Berlin

Friendship with the composer Arnold Schönberg

Georg Wolfsohn was born into the family of the Berlin merchant Nathan Wolfsohn and his wife Rosalie, née Rosenberg, in 1881.

After graduating from secondary school in 1899, Georg G. Wolfsohn studied medicine at the Friedrich Wilhelm University in Berlin and at the University of Freiburg im Breisgau from 1903, where he passed his state examination on 3 May 1904. He received his doctorate the same year with the thesis “Über Spontanluxationen der Hüfte nach acuten Infektionserkrankungen”.

Georg Wolfsohn was not only a doctor, but also an outstanding pianist who composed songs and set poems by Hermann Hesse to music. Schönberg and Wolfsohn developed a close and long-lasting friendship after Wolfson had assisted Schönberg with medical advice. Schöneberg had been referred to Wolfsohn by Dr. Kurt Singer in 1933. The latter was a neurologist, musicologist, and founder of the Jewish Cultural Association. There is extensive correspondence testifying to the friendship of Wolfsohn and Schöneberg. Their friendship lasted until Schöneberg’s death in 1951, even after Wolfsohn had fled to Palestine and Schönberg to the USA. Schönberg paid tribute to Wolfsohn in 1931 on his 50th birthday with a specially composed canon and dedicated his book “Style and Idea” to Wolfsohn on his 70th birthday in 1951 in Israel with a separate contribution. The German-Israeli musicologist Peter E. Gradenwitz was Wolfsohn’s son-in-law.

Escape to Palestine in 1935

Wolfsohn fled from Germany to Palestine with his wife an both children in September 1935. He worked as senior surgeon at the Bikur Cholim Hospital and the Shaare Zedek Hospital in Jerusalem. He continued his pianistic and compositional endeavours. In his letters from Palestine (later from Israel) to Arnold Schönberg after 1935, Wolfsohn reports on his life in Jerusalem. The original letters are kept at the Library of Congress in Washington, while the Arnold Schönberg Center in Vienna holds the copies.

We are very grateful to Therese Muxeneder and Eike Fess, Arnold Schönberg Center Vienna, for important information on the relationship and friendship between the Wolfsohns and Arnold Schönberg, for numerous documents, and for the impressive photo. 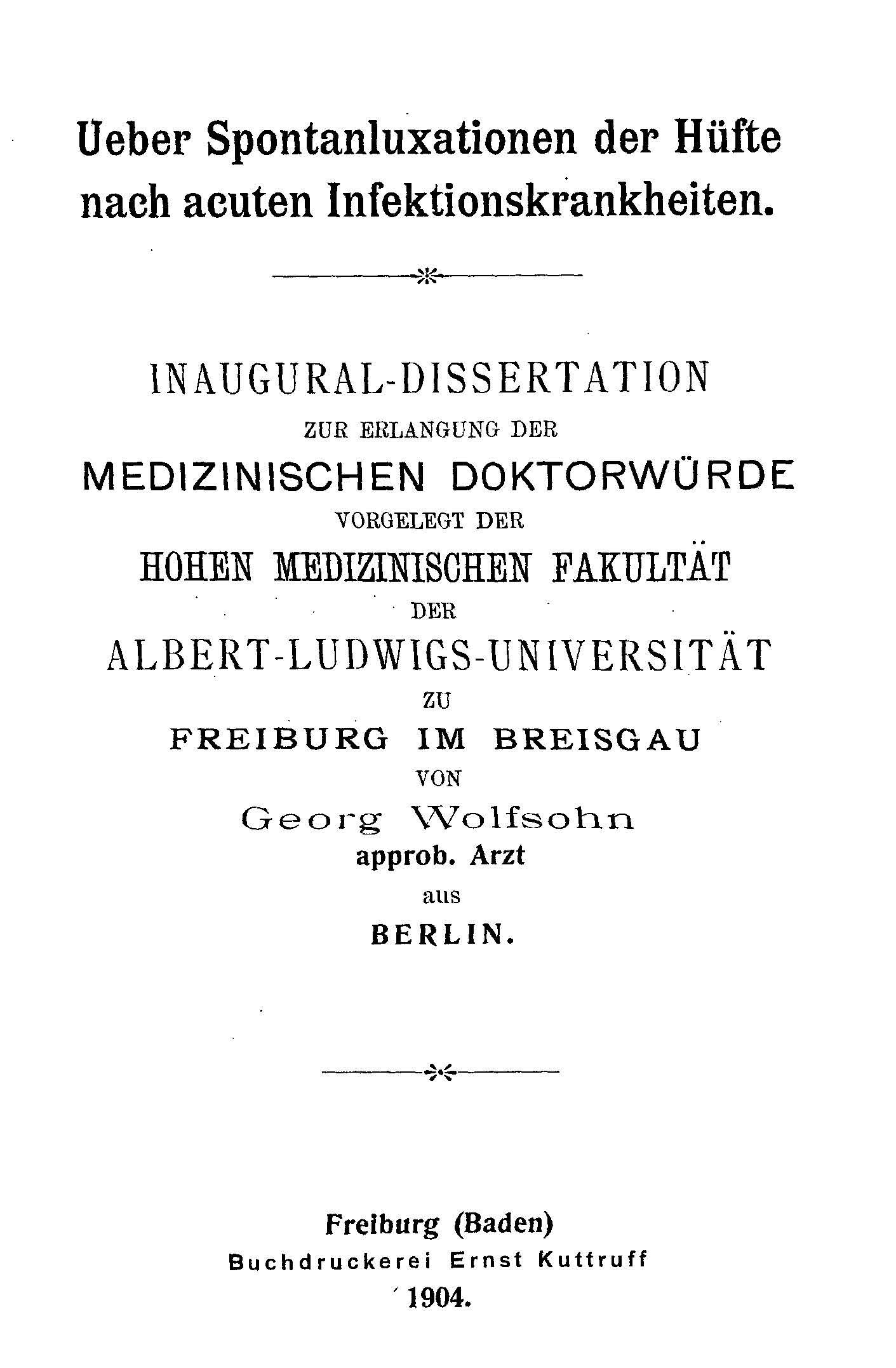 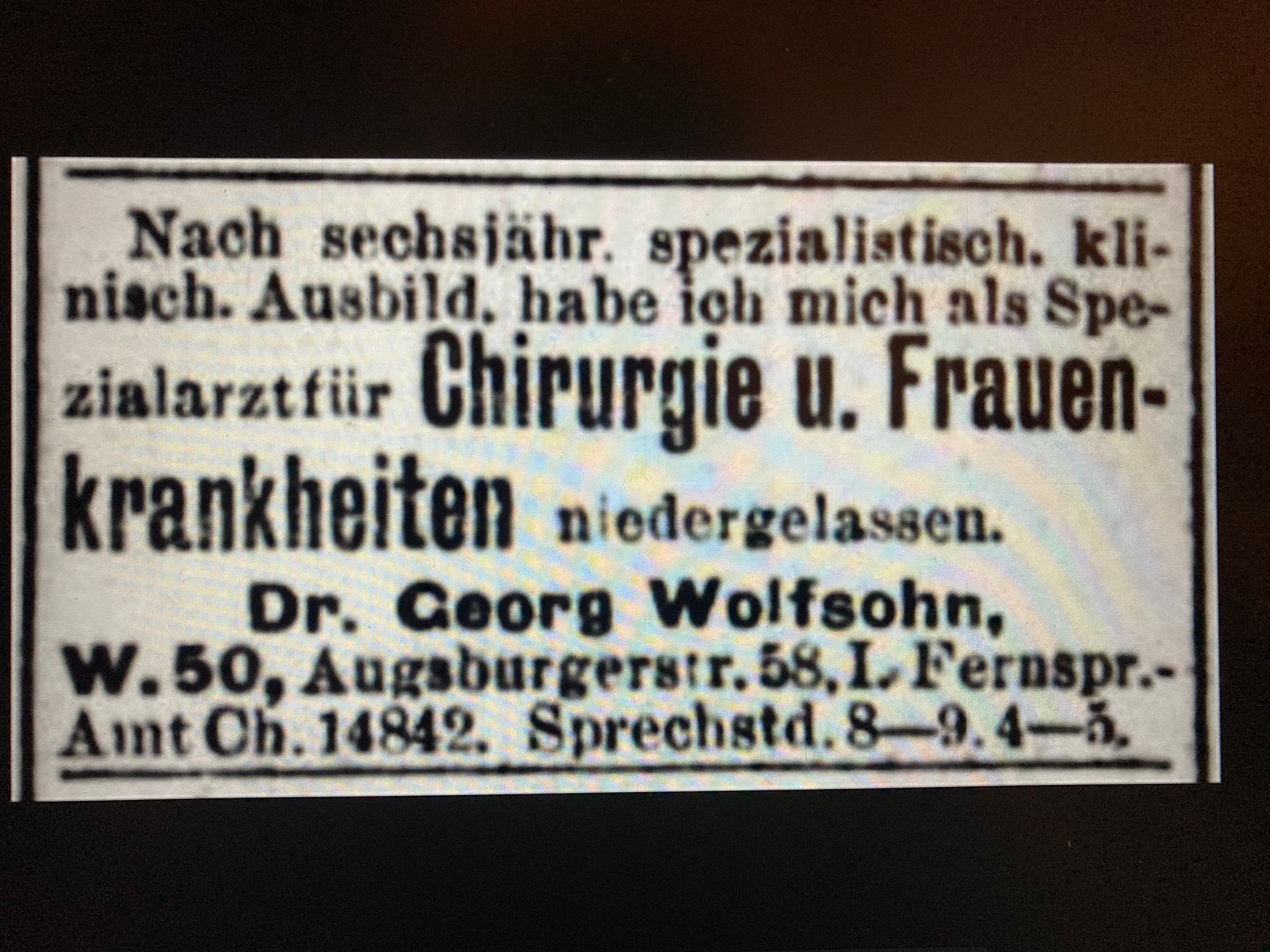