Training in internal medicine at the Charité Berlin

Interned as enemy alien in England

After graduating from grammar school in 1918, Wolffenstein studied medicine in Rostock and Freiburg, interrupted by nine months of military service. He continued his studies in Freiburg, Berlin, and Munich. He passed the state examination at the University of Munich in 1923 and received his doctorate the same year. He received his licence to practise medicine in 1924.

Wolffenstein completed his training in internal medicine at the III Medical University Clinic of the Charité in Berlin. He settled in Berlin as an internist in 1929.

He regularly gave lectures on German, French and English gastroenterological literature at the Archiv für Verdauungskrankheiten (“Boas Archive”) from 1925 to 1933.

Wolffenstein was briefly imprisoned by the GESTAPO in Neustrelitz in the wake of the November pogrom in 1938.

Kurt Wolffenstein fled to England with his wife in April 1939. They were able to send their eight-year-old daughter Marianne Wolffenstein to London on a Kindertransport from Hamburg to London via Southampton on 28 December 1938 with the support of an aid organisation. The Wolffensteins initially lived in Brighton in 1939.

After the outbreak of the Second World War, Kurt Wolffenstein was interned in England as an enemy alien, like other Jewish refugees, but was able to work in the internment camps in Huyton and Sefton near Liverpool as an assistant doctor/medical officer until August 1941. He then went on to work as a doctor at the Jewish Herzl Moser Hospital in Leeds until August 1944.

We are very grateful to Erich Wolffenstein’s grandchildren Marit Kristine Instanes and Arne Instanes, Norway, for personal communications and important references and documents from the Marianne Wolffenstein-Instanes family archive. 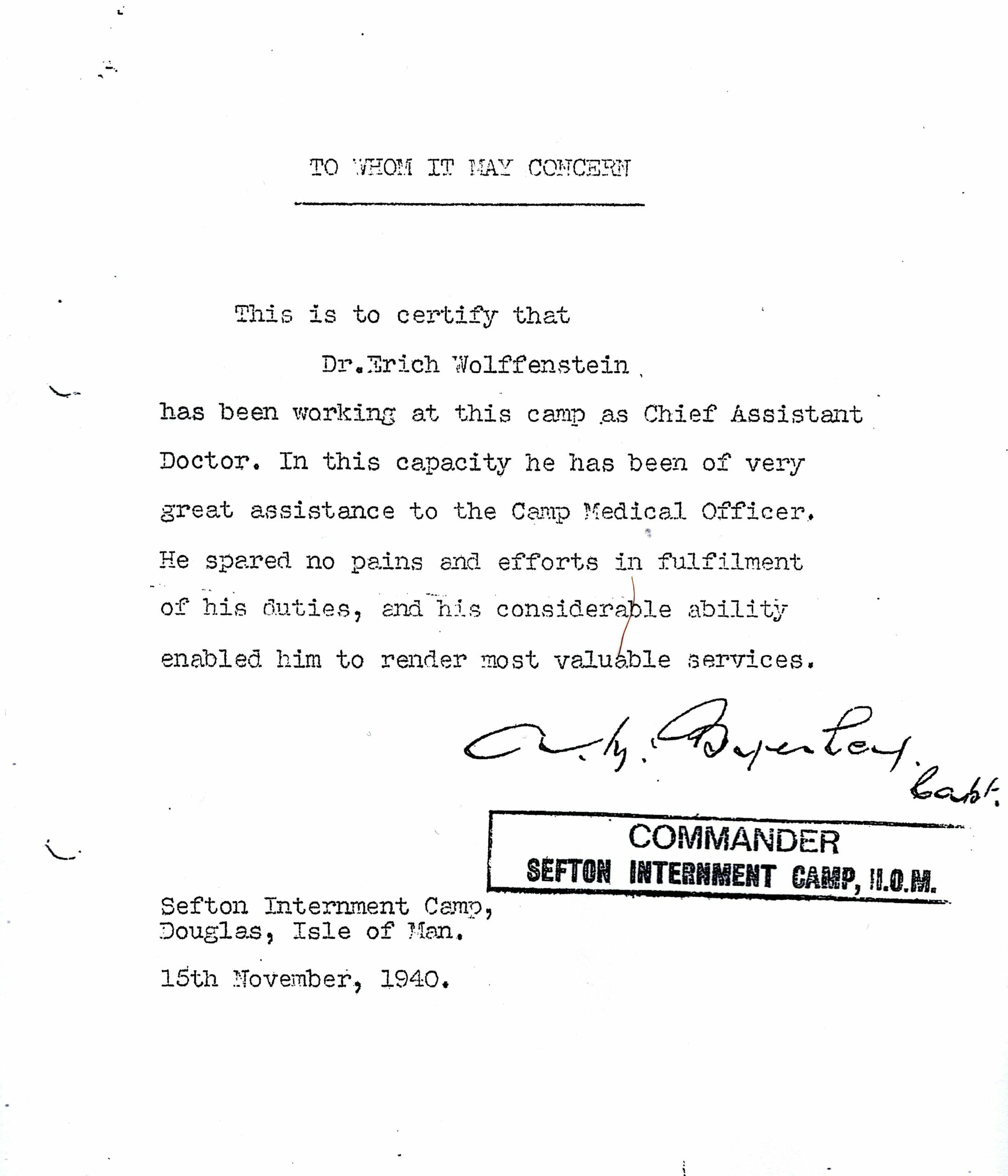