Studies in Strasbourg and Munich

Nobel Prize for Physiology and Medicine together with Henry H. Dale 1936

Otto Loewi was born in Frankfurt am Main in 1873 as the son of Jacob Loewi and his wife Anna, née Willstätter.

After graduating from the Städtisches Gymnasium in Frankfurt in 1891, Otto Loewi studied medicine in Strasbourg, in Munich in 1893, and again in Strasbourg from 1894. He passed the state examination in Strasbourg in 1896 and received his doctorate the same year with the thesis “Zur quantitativen Wirkung der Blausäure, Arsen und Phosphor auf das isolierte Froschherz”, which he had written under the supervision of the pharmacologist Oswald Schmiedeberg. Otto Loewi trained in biochemistry under Franz Hofmeister, Strasbourg, and worked as an intern under Carl von Noorden in the Medical Clinic at the Frankfurt-Sachsenhausen Municipal Hospital in 1897. He decided to work in basic research and worked at the Institute of Pharmacology under Hans H. Meyer at the Philipps University in Marburg from 1898 to 1905. He habilitated in pharmacology with the thesis “Untersuchungen über Nucleinsäuren” in Marburg in 1900. He spent some time in London with Ernest Starling as part of a scholarship in 1902.

His work initially focused on the protein and carbohydrate metabolism as well as the nucleic acid metabolism. He dealt with nitrogen equilibrium in mammals, diabetes mellitus, especially phlorizin diabetes, the effects of pilocarpine, atropine and adrenaline, renal function and the effects of digitalis.

His focus quickly shifted to studies of the vegetative nervous system. Loewi discovered the chemical transmission of nervous impulses through a “vagus substance” in 1921, which was later described as acetycholine by Henry Hallet Dale. Loewi and Dale were awarded the Nobel Prize in Physiology and Medicine in 1936 for the fundamental discovery of the humoral transmission of nerve impulses to muscles, glands and cells.

Loewi was temporarily imprisoned by the Nazi authorities in Graz in 1938, following the invasion of Austria by the German Wehrmacht.

Loewi fled Austria on 28 September 1938. He received a visiting professorship at the Université Libre in Brussels. He moved to the Nuffield Institute in Oxford in 1939. He was released from internment as an enemy alien after the beginning of the Second World War.

Otto Loewi arrived in the USA aboard the Royal Mail Ship Samaria from Liverpool on 22 May 1940 and reached New York on 1 July 1940. He found employment as a research professor at the Department of Pharmacology of the New York University’s College of Medicine. Loewi received US citizenship in April 1946. 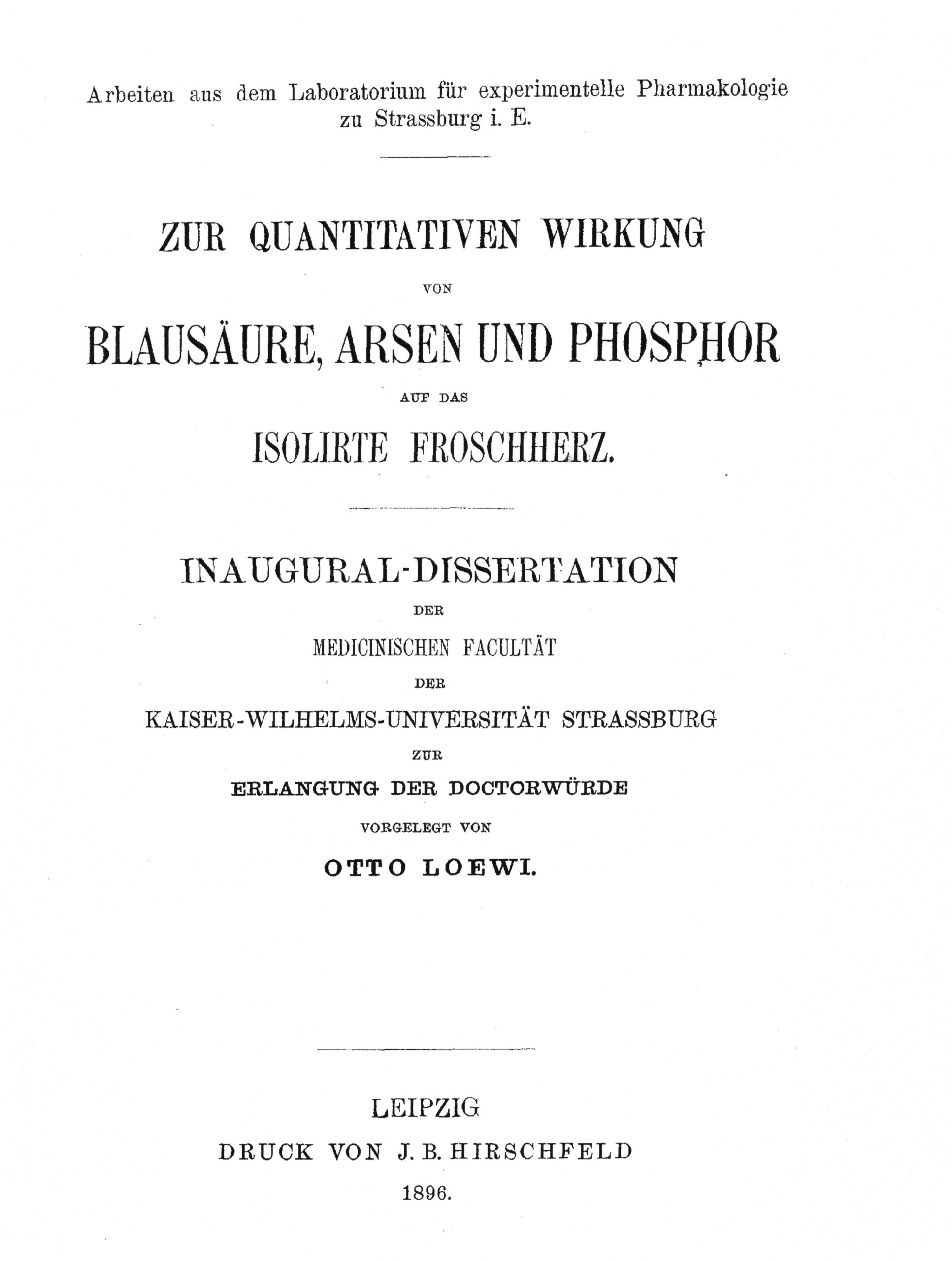