Dismissal from the public health service 1933

Richard Mühsam grew up in Berlin. He was the son of  the doctor Dr. Eduard Mühsam and his wife Clara, née Jaffé. His father came from Pitschen/Byczyna, in the former district of Oppeln in Silesia, Poland, his mother from Posen/Poznan, Poland.

Mühsam studied medicine in Würzburg and Berlin after graduating from high school. He passed the state examination in Berlin in 1893 and received his doctorate in July of the same year with the thesis “Über den Fundort des Bacillus pyocyaneus und seine Farbproduction bei er Symbiose mit anderen Mikroorganismen”. He received his licence to practise medicine in 1894.

He worked with Carl Weigert at the Pathological-Anatomical Institute of the Senkenberg Foundation in Frankfurt in 1895/96. He was assistant and senior physician at the II. surgical department under Eduard Sonnenburg at the municipal hospital Berlin-Moabit from 1896 to 1906. Following Sonnenburg’s retirement, he assumed the function of the directing physician of this department from 1906 to 1919.

Mühsam actively participated in the First World War. He was appointed “Titular Professor” (senior lecturer) in 1918.

His clinical-scientific activities related to abdominal surgery, especially surgery of gastric perforation, surgery of the appendix and spleen, and sexual surgery. In 1919/1920, he cooperated with the Magnus Hirschfeld Society and for a time performed gender reassignment surgery.

Mühsam headed the II Surgical Clinic at the Rudolf Virchow Municipal Hospital (RVK) in Berlin from 1920 to 1933 and was its medical director during the same period.

Richard Mühsam lost his position as head surgeon at the RVK Berlin in 1933. He was dismissed from the public health service. He was subsequently able to run a practice in Berlin. His licence to practise was withdrawn on 30 September 1938.

Richard Mühsam died at the Martin Luther Hospital in Berlin Schmargendorf on 21 November 1938 at the age of 66. Mühsam’s son Dr. Eduard Mühsam and his daughter Gerda M. Breit fled from Germany to the USA in 1939. His wife initially fled to England the same year. She managed to get to the USA from Liverpool in May 1943 and lived in Denver, Colorado henceforth. 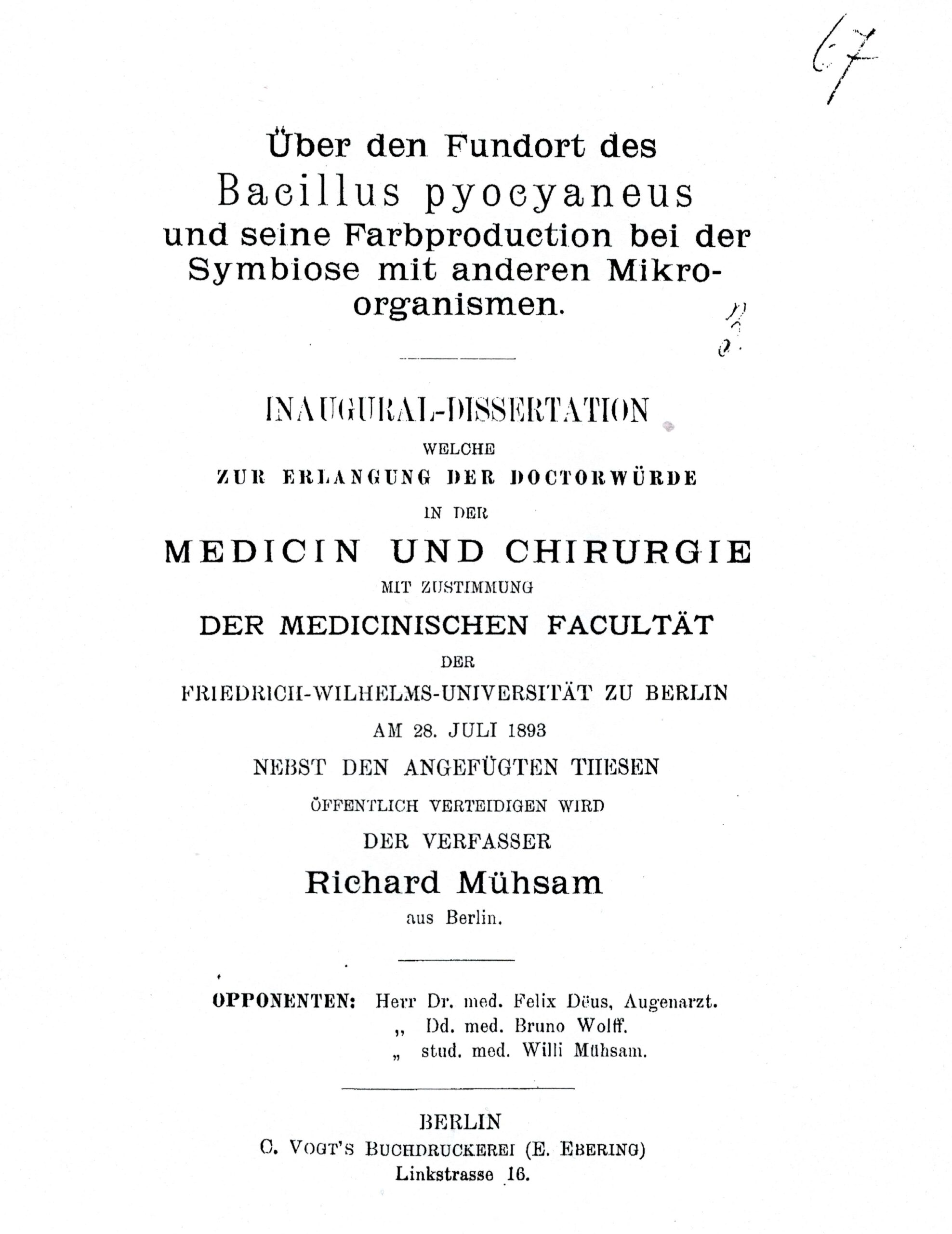