Isaac attended the Städtisches Gymnasium in Cologne from Easter 1890 until his graduation on Easter 1899. He then studied medicine for one semester in Bonn. He continued his studies at the University of Strasbourg, where he completed his state examination in 1904 and received his doctorate the same year with the thesis “Über das Auftreten von Purinbasen bei der Autolyse”. He had written the thesis under the then leading biochemist Franz Hofmeister.

Isaac had been an assistant physician at the II Medical University Clinic of the Berlin Charité under Friedrich Kraus since April 1904. He worked with Oskar de la Camp at the Medical University Polyclinic in Marburg in 1906. This was followed by further training at the Institute of Pathology of the University of Basel in 1907/08. Isaac completed his comprehensive training in internal medicine under the diabetes researcher Wilhelm Weintraud at the municipal clinics in Wiesbaden from June 1908 to 1913. During this time, Isaac worked together with Erich Frank, who also worked at the Wiesbaden clinic and engaged intensively in the therapy of diabetes mellitus as well as experimental forms of diabetes.

Isaac moved to the University of Frankfurt’s newly founded medical faculty in 1913 and was a member of Julius Strasburger’s staff at the university’s medical clinic until 1922. He habilitated in internal medicine with the thesis “Experimentelle Untersuchungen über den Intermediärmetabolismus bei Phosphorvergiftungen” in Frankfurt in 1916. Isaac was appointed professor (extraordinarius) of internal medicine in Frankfurt in 1921.

The main focus of his scientific work was experimental pathology, metabolism research, especially carbohydrate and protein metabolism and liver diseases. Numerous publications and handbook contributions bear witness to Isaac’s work. He cooperated with the metabolism researcher Gustav Embden, and worked with the diabetes specialist Carl von Noorden in Frankfurt. He moved to von the Noorden’s “Privatklinik für Zuckerkranke und diätetische Kuren” (specialist clinic for diabetes therapy and dietary cures, Carl von Noorden Clinic) in Frankfurt-Sachsenhausen in 1922, which von Noorden had founded together with Eduard Lampé. Isaac published widely on the diagnosis and therapy of diabetes mellitus together with von Noorden.

Simon Isaac was appointed medical director of the department of internal medicine at the hospital of the Jewish community in Frankfurt am Main on 1 October 1925.

Isaac’s teaching licence at the Medical Faculty of the University of Frankfurt was revoked in 1935. He was able to work at the Israelite Hospital in Frankfurt until the beginning of 1939. In his autobiography, Isaac impressively described anti-Semitism, the persecution and humiliation of Jews, and his experience of the November pogrom in 1938.

Isaac fled to England together with his wife, the Arabist Eveline Lipstadt, in March 1939. They lived in London ever since. Their 16-year-old daughter Anne and 14-year-old son Hermann had been attending an exile school run by German Quakers in Eerde, a district of Ommens, in the Netherlands since the beginning of 1939.

Simon Isaac died in London in January 1942 at the age of 60. While Isaac’s daughter Anne was in England with her parents at the beginning of the Second World War, their son Hermann Isaac remained in the Netherlands. The family did not succeed in repatriating him to Great Britain. Hermann Isaac was first imprisoned by the Nazi authorities in the Netherlands at the Vught/Herzogenbusch concentration camp in April 1943. He was taken to the Westerbork camp three months later and deported to Auschwitz on 21 September 1943, where he was murdered a few days before the liberation of the concentration camp on 21 January 1945 at the age of 20. Simon Isaac’s 50-year-old brother, Julius Isaac, was deported from Holland to the Sobibor extermination camp in 1943, where he was murdered. 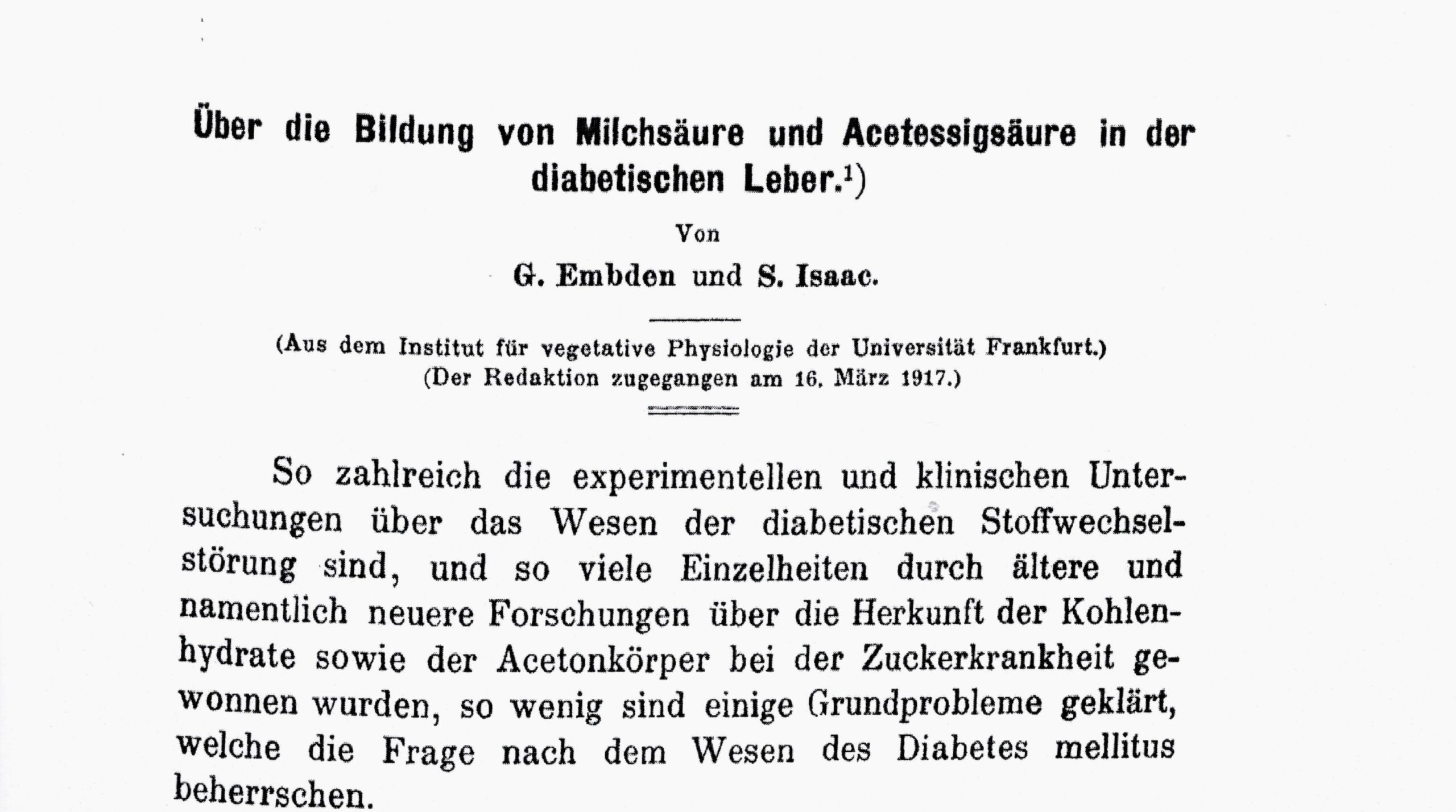