Studies in Krakow and Vienna

Edelmann studied medicine in Kraków and Vienna. He received his doctorate in Krakow in 1911. He then worked as an intern at the I. Medical Clinic of the University of Vienna under Carl von Noorden and Karel Frederik Wenckebach. Meanwhile he had become the provisional head of the department of internal medicine at the Wilhelminen Hospital in Vienna.

He was appointed first medical director and primary physician at the S. Canning Childs Hospital and Research Institute in Vienna in 1929. This hospital had been founded by the Polish-born American patron S. C. Childs in 1929 and was the result of the takeover of the former private sanatorium Dr. Löw.

Furthermore, he also dealt with questions of balneology. He sometimes practised and examined patients in Karlsbad/Karlovy Vary, Czech Republic, and occasionally in the Galician spa town of Truskawiec/Truskawez, Ukraine, during the summer.

Adolf Edelmann fled from Vienna to Warsaw in November 1938. He died in Warsaw in August 1939 at the age of 54, shortly before the outbreak of the Second World War. It has not been possible to clarify the circumstances of his death. 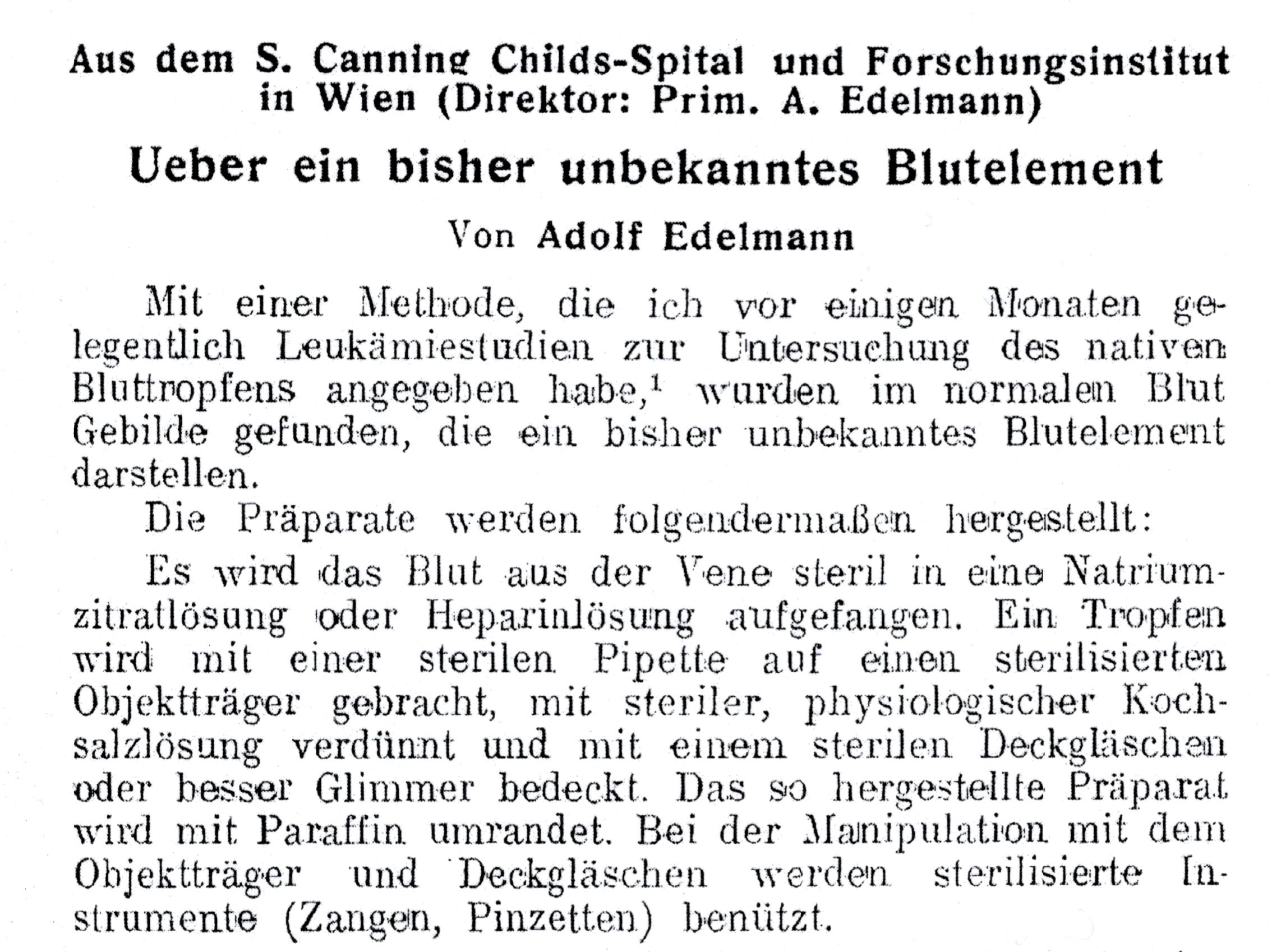