Paul Richard Neukirch was born in Frankfurt am Main in 1885. He was the son of the “Justizrat” (judicial council, honoroary title awarded during the German imperial era) Dr. Adolf Neukirch. He attended the Goethegymnasium in his hometown from 1895, from which he graduated with the Abitur (school-leaving exams) in 1904.

Neukirch took up medical studies at the universities of Freiburg and Berlin in 1904. He continued his studies at the Ruprecht Karls University in Heidelberg from 1908, where he passed the state examination on 29 November 1909. He received his doctorate in 1910 with the thesis “Über morphologische Untersuchungen des Muskelglykogens und eine neue Art seiner Fixation”. He completed the practical year at the Institute of Pathology at the University of Heidelberg, at the I. Medical University Clinic in Vienna and in Strasbourg. He worked at the Institute of Pharmacology at the University of Utrecht with the physiologist and pharmacologist Rudolf Magnus for six months in 1911.

He moved to the biochemical laboratory at the Municipal Hospital Am Urban in Berlin to work with Peter Rona in 1912. Neukirch published “Experimentelle Beiträge zur Physiologie des Darmes” together with Rona in ‘Pflügers Archiv für die gesamte Physiologie des Menschen’. He worked at the Medical University Clinic in Kiel with Hugo Lüthje from 1914.

With the outbreak of the First World War, Neukirch was seconded to Constantinople and Erzincan in Turkey as part of a Red Cross expedition to conduct research in the field of infectiology. Neukirch was the first to discover and describe salmonella paratyphi C (Erzincan/Neukirch). He was also very interested in immunisation issues and was looking for a means to develop a vaccine for spotted fever. He worked together with Theodor Zlocisti at the German Red Cross hospital in Constantinople.

As the head of the military hospital, Neukirch had been an eyewitness to the persecution of the Armenians in Erzincan in 1915. He wrote reports about this, which reached the Foreign Office in Berlin through his brother, the lawyer Dr. Carl Neukirch in Frankfurt, and his brother-in-law Hugo Koenigswerther, who then passed them on to the chargé d’affaires of the German Embassy in Constantinople in November 1915. Neukirch unsuccessfully protested in Erzincan against the arrest of an Armenian woman at his military hospital, who was suffering from typhus.

Neukirch returned to the Medical University Clinic in Kiel at the end of the First World War. The hospital was now headed by Alfred Schittenhelm. Neukirch was working on a practical lues test (Sachs-Georgi reaction) in cooperation with Hans Sachs from the Institute for experimental therapy at the Georg Speyer Haus in Frankfurt (today’s Paul Ehrlich Institute). Neukirch moved from Kiel to the Medical Clinic of the Düsseldorf Medical Academy in December 1919, to work with Erich Boden, with whom he had been on friendly terms since having worked together at the Medical Clinic in Kiel. He habilitated at the Düsseldorf Medical Academy the following year (1920) with a thesis on lues serology, which he had written in Kiel. He was appointed professor (extraordinarius) in 1923.

Richard Neukirch was at risk after the Nazis had come to power, as according to Nazi ascription he was “non-Aryan”, even though he had been baptised as a Protestant. He fled to the USA from Hamburg with his wife and two daughters aboard the S.S. St. Louis, owned by the Hamburg America Line, on 30 November 1933. The family reached New York on 10 December 1933. Neukirch’s brother, the merchant Otto Neukirch, had emigrated to the USA in the 1920s. Neukirch lived with his family in Scarsdale, New York. After having passed his language exams and the American medical examinations, he was able to work in private practice, and temporarily at Lenox Hill Hospital, formerly the German Hospital, in New York. He received American citizenship in 1939.

In the USA, Neukirch changed his last name to Paul Richard Newkirk. He turned to psychiatry and psychotherapy, moved to Washington State in 1940, and was appointed clinical director in a large psychiatric clinic at the Northern State Hospital for the Insane in Sedro Woolley near the US-Canadian border, about 100 km north of Seattle, in 1952. The hospital cared for 2,200 patients in the early 1950s. In the USA, Neukirch became a member of the American College of Cardiology and the American Psychiatric Association.

Paul Richard Newkirk died in Sedro Woolley in January 1962 at the age of 76.

We owe special thanks and are very grateful to Paul R. Newkirk’s granddaughter, Leonore Lynch, USA, for providing the unpublished autobiographical notes of her grandfather, as well as the unpublished notes of Paul Newkirk’s daughter, Marianne Katz-Newkirk. We would also like to thank Leonore Lynch for providing the striking portrait photographs of her grandfather. Mary McGoffin, from Sedro Woolley, established the contacts with the Newkirk family. We are grateful for her prompt help and assistance. 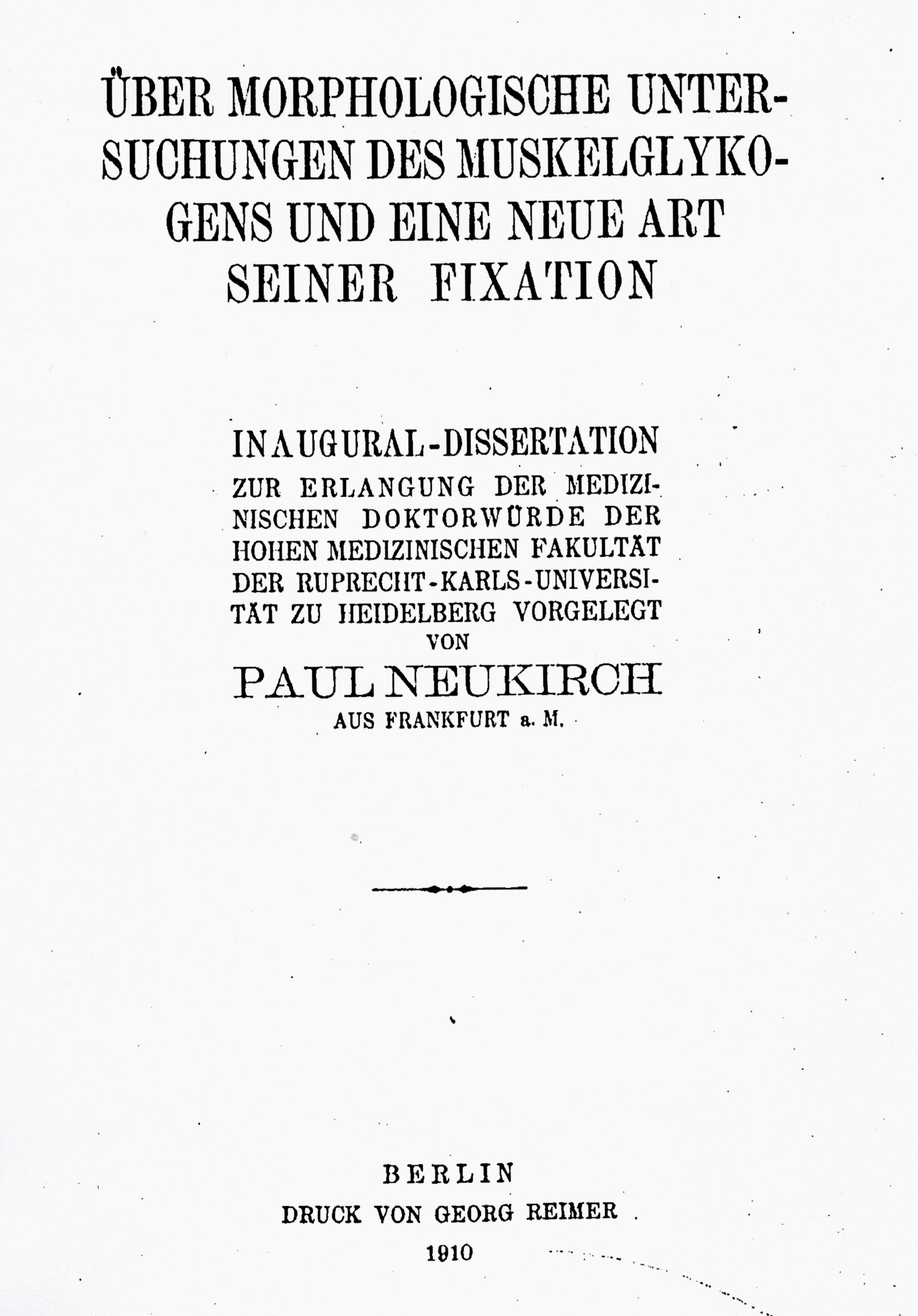 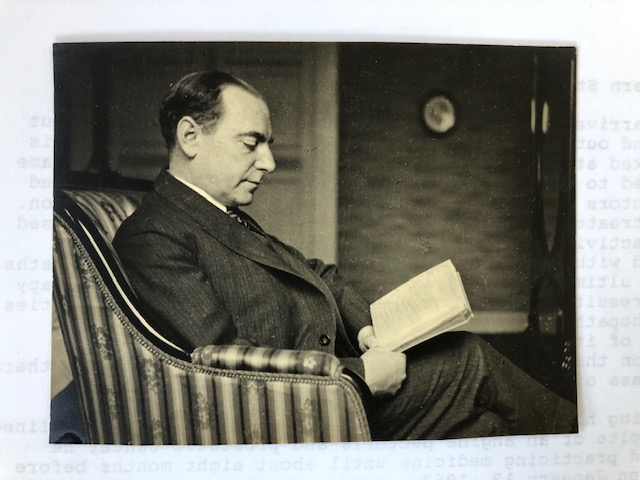