Greta Noah was born in Berlin in 1902 as the daughter of the gastroenterologist Leopold Kuttner and his wife Elisabeth, née Sass. She was the twin sister of the neurologist Hans-Peter Kuttner.

Greta (Margarete) Noah studied medicine in Berlin. For the celebration of her father’s  60th birthday in 1926, she contributed her article “Studien zum Krankheitsbild der perniziösen Anämie” in the ‘Festband des Archivs für Verdauungs-Krankheiten’ (Volume 37, pp. 516-523). The individual stages of her education are hitherto unknown. She was awarded her doctorate at the University of Munich in 1933 with the thesis “Untersuchungen über einen blutdrucksenkenden Stoff im menschlichen Harn und Blut”. She wrote her thesis under the supervision of Fritz Lange, senior physician to Ernst von Romberg at the I. Medical Clinic of the University of Munich.

Greta Kuttner married Gerhard Ernst Gustav Noah in 1928, from which point she referred to herself as Greta Noah. Gerhard Noah was born in 1898 and worked as an assistant physician to Leopold Kuttner at the I. Medical Clinic at the Berlin Municipal Hospital. Gerhard Noah died in Berlin in March 1931.

Greta Noah-Kuttner fled to England in 1939 and initially lived in St. Albans, a town about 30 kilometres north of London, where she worked as a nurse. After the outbreak of the Second World War she was saved from internment as an enemy alien. She took up work as a medical practitioner in Fulham, a district in the west of London, in 1947.

Greta Noah-Kuttner died in England in the administrative district of High Peak, county of Derbyshire, in January 1984 at the age of 81. Her father, Leopold Kuttner, who had died in 1931, was one of the founders of the Society for Digestive and Metabolic Diseases and chaired the groundbreaking 5th meeting in 1925, at which the Society adopted a constitution and rules of procedure, and a membership list was compiled for the first time. Greta Kuttner was listed in the Society’s membership directory from 1926. 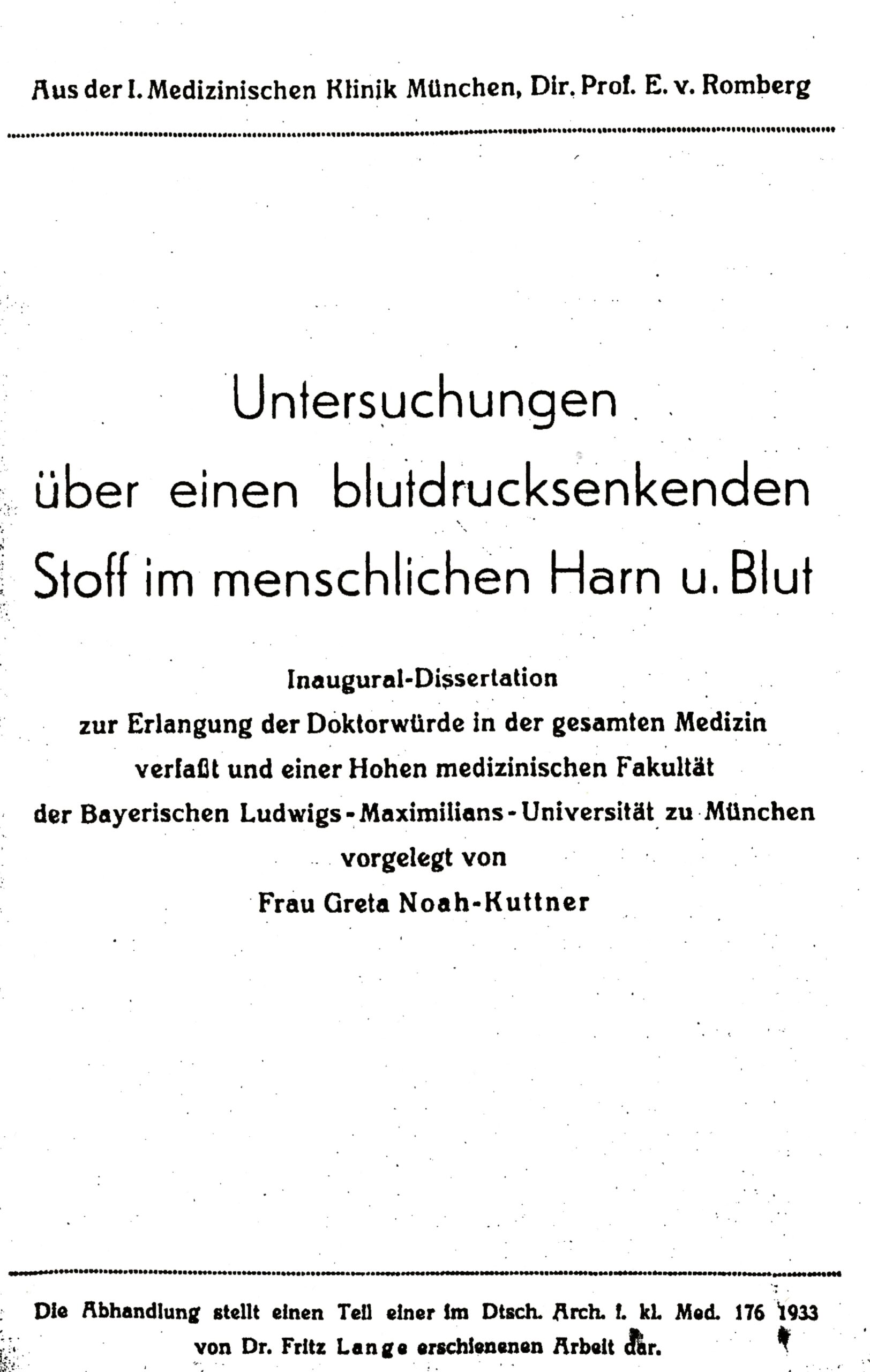