Engaged in the technical development of oesophagogastroscopy from 1890

In depth research of ulcerative colitis

Theodor Rosenheim was born in Bromberg/Bydgoszcz, Poland, in 1868 as the son of the merchant Julius Rosenheim and his wife Charlotte, née Perl.

Rosenheim attended grammar school in Bromberg, from which he graduated in 1879. He subsequently studied medicine in Berlin, where he passed the state examination in 1884. He received his doctorate from Berlin University the same year with the thesis “Experimentelle Untersuchung der unter dem Namen ‘Sehnenphänomen’ bekannten Erscheinungen unter möglichster Berücksichtigung von Versuchen”. He had written the thesis under Hugo Kronecker at the Institute of Physiology at Berlin University. He received his licence to practise medicine in 1884.

Rosenheim first worked as an assistant physician to Paul Walther Fürbringer in the Department of Internal Medicine at the Berlin-Friedrichshain Municipal Hospital from 1885 to 1888. He moved to Hermann Senator at the III Medical University Clinic of the Charité in 1888 for the following eight years and at a very early stage was primarily concerned with the physiology and pathology of the digestive tract. He published an early textbook on the “Pathologie und Therapie der Krankheiten des Verdauungsapparates” (Erster Teil, Krankheiten der Speiseröhre und des Magens, 1891). Along with Ismar Boas, he was one of the first in Germany to describe and publish on ulcerative colitis.

Rosenheim was intensively involved in the technical development of oesophagoscopy and gastroscopy, which at that time were only possible with rigid instruments.

The Rosenheim line, which was named after him, described the largest diagonal diameter of the gastric percussion figure.

Rosenheim retired from the III Medical Clinic of the Charité in 1896, settled in Berlin as an internist and specialist in gastrointestinal diseases, and founded a polyclinic and a private sanatorium for stomach and intestinal patients. He was well respected in Berlin and his private practice developed successfully with a large circle of patients, including Albert Einstein, with whom he was on friendly terms. Rosenheim still continued to lecture and hold clinical courses at the Berlin Medical Faculty after he had settled in private practice.

Rosenheim was a member of the advisory committee from the founding of the specialist society until 1933. Along with Ismar Boas, Hermann Strauss, and Albert Albu he was one of the doctors in Berlin who specialised in the new field of gastroenterology from a very early stage.

Rosenheim’s authorisation to teach was revoked by the Prussian Minister of Science, Art and National Education on 24 October 1933 (§ 67 a, section 1, Statutes of the Faculty of Medicine, Friedrich-Wilhelms-Universität Berlin, “forfeiture of the venia legendi if a private lecturer fails to report lectures in the course catalogue for two consecutive semesters without the express permission of the faculty”).

Theodor Rosenheim died in Berlin on 9 June 1939 at the age of 78. His grave is located at the Berlin Central Cemetery Friedrichsfelde.

Käte Rosenheim, Theodor Rosenheim’s daughter, had been volunteering for the “Reichsvereinigung der Juden in Deutschland” (Confederation of German Jews). This enabled her to help several thousand children from Jewish families to escape from Germany. She personally accompanied Kindertransporte to England, among other places. She travelled to the USA in 1936 to negotiate directly with the aid organisations there. She then returned to Germany to actively continue the aid campaigns.

Käte Rosenheim was able to flee Berlin together with her 72-year-old mother Hedwig Rosenheim on 23 January 1941. They reached Havana, Cuba, via France, Spain, and Portugal. From there they were able to continue to New York, where they arrived on 1 April 1941.

We are very grateful to Jakob Michenfelder, MD, USA, for providing information and the portrait photograph of Theodor Rosenheim from Käte Rosenheim’s estate. 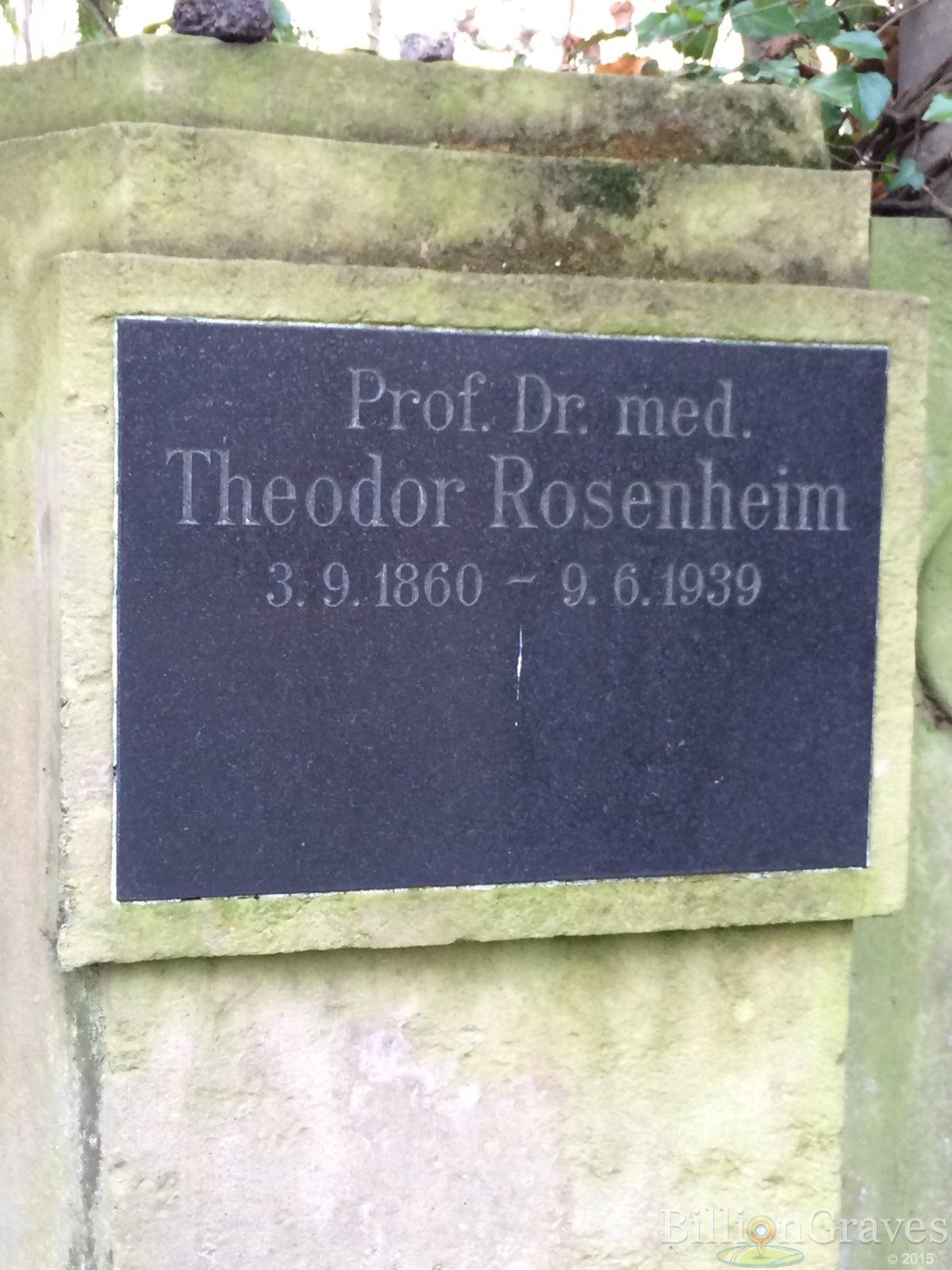 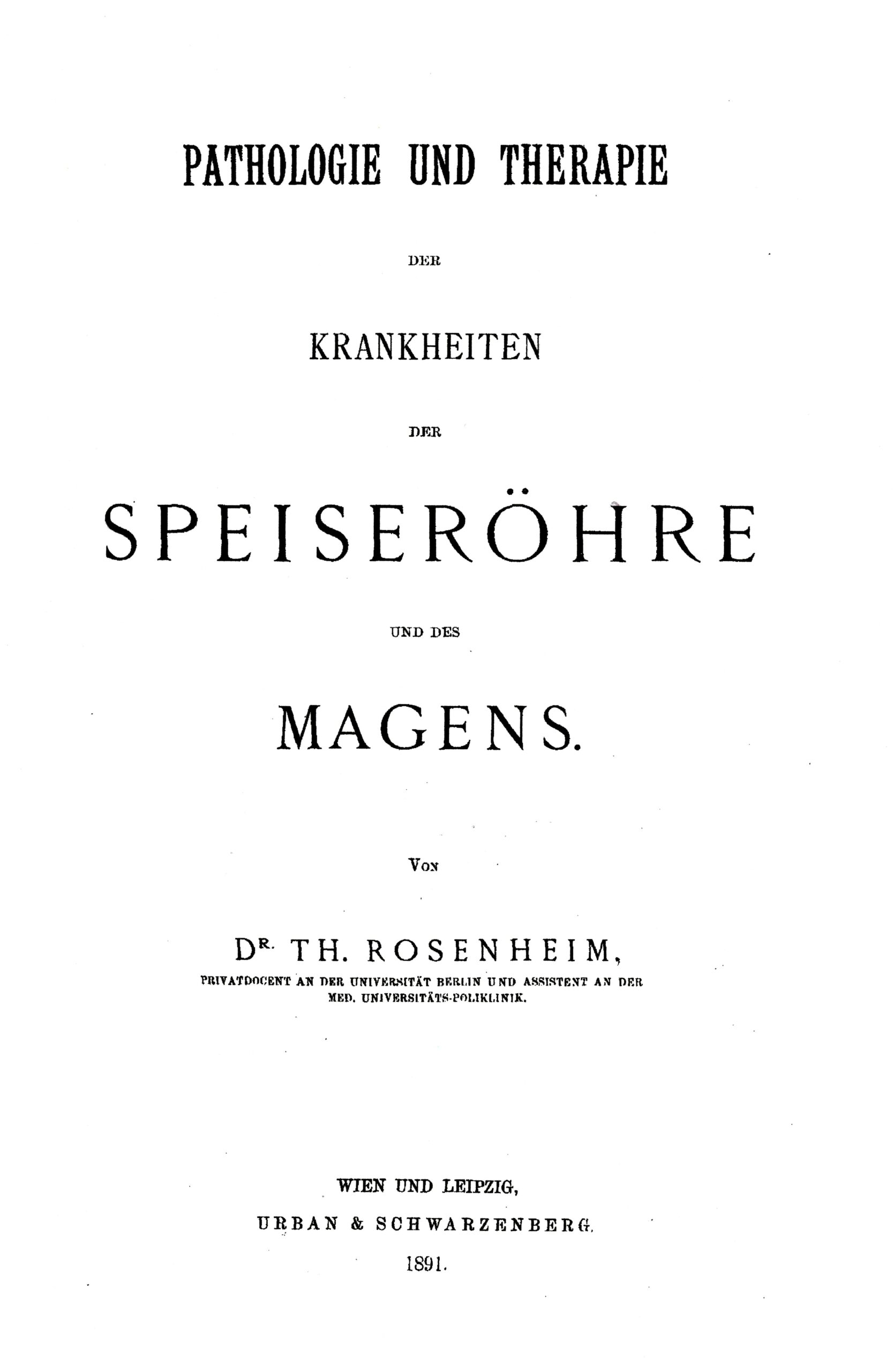 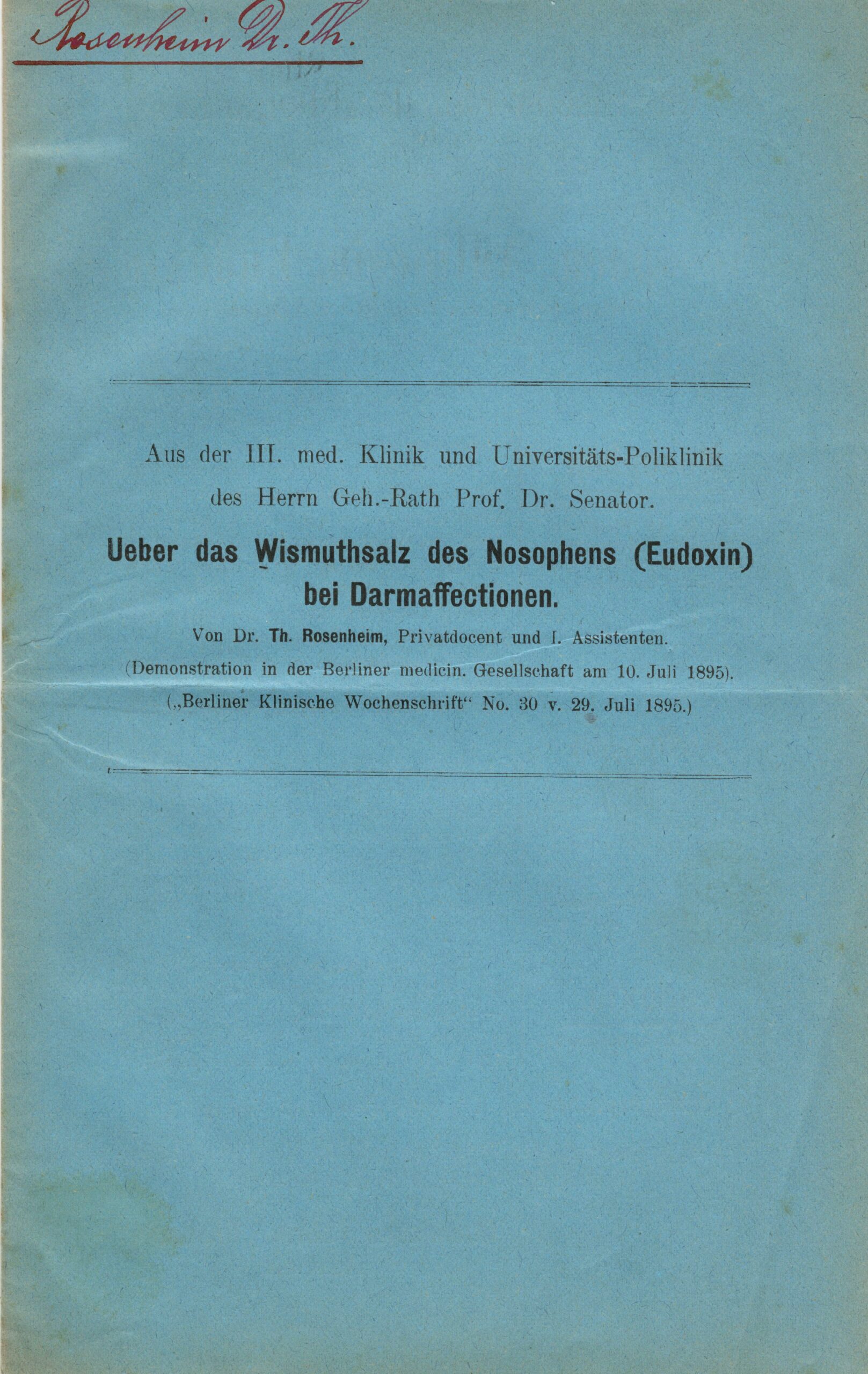